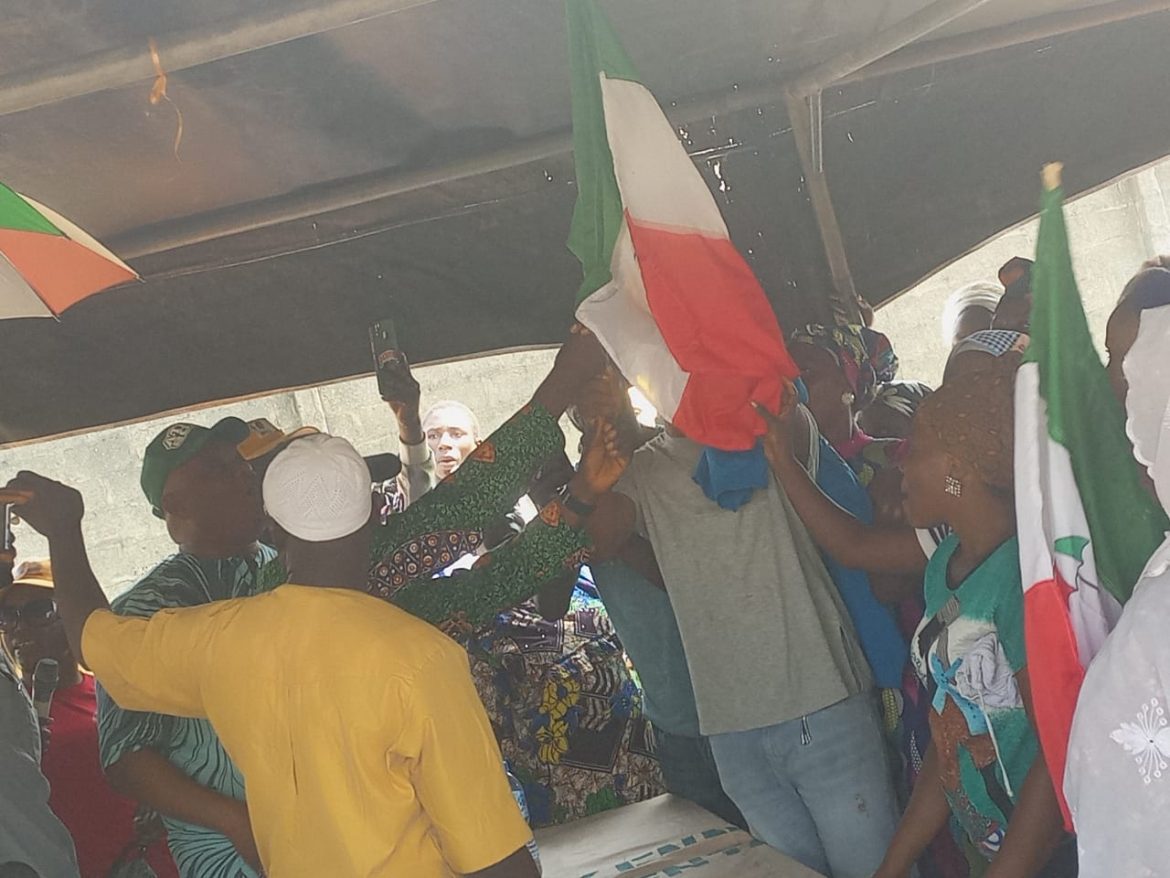 Hundreds of the members of the All Progressives Congress (APC) in Epe Local Government Area of Lagos State, today defected to the Peoples Democratic Party (PDP), ahead of the forthcoming 2023 general elections.

The defectors drummed support for the candidature of the Lagos PDP Governorship Candidate, Dr. Abdul-Azeez Olajide Adediran (JANDOR), and his running mate, Olufunke Akindele and Atiku/Okowa in their mission to offer a breath of fresh air in the governance of the state and Nigeria.

The defection was consequent upon what they described as the unending deceit and deception within the party which they said, has not only caused harm to their personal development as politicians but also dangerous for the entrenchment of internal democracy within a political party and the state at large.

The JANDOR/Funke Gubernatorial Campaign Organization has described this development as a further indication of the wide support that the PDP, her presidential, guber, and other candidates enjoy from the good people of Lagos State.

While welcoming the defectors on behalf of the party, the State Deputy Chairman, Hon. Tai Benedict commends the decampees for their courage to quit the clueless and inept ruling party to join efforts with the PDP in salvaging the state from 23 years of neglect and bad governance.

He assured them that their rights and privileges as members of the main opposition party will not be denied for being new members. He notified them that there is no new entrant in PDP and that all bonafide members are equal stakeholders with no limits to what they can aspire to or get from the party.

Also commending the large numbers of defectors, a prominent leader of the party in Epe Local Government, Alh. Mutaz enjoined the group to hit the ground running in the mobilization of voters at the grassroots from their zones and wards. He promised them that the breath of fresh air agenda of the party’s governorship candidate will transform their painful experience while in the APC.

Argentina VS France: How Primate Ayodele Surprised Me With World Cup Final Prophecy.Written By Adepoju Olamide