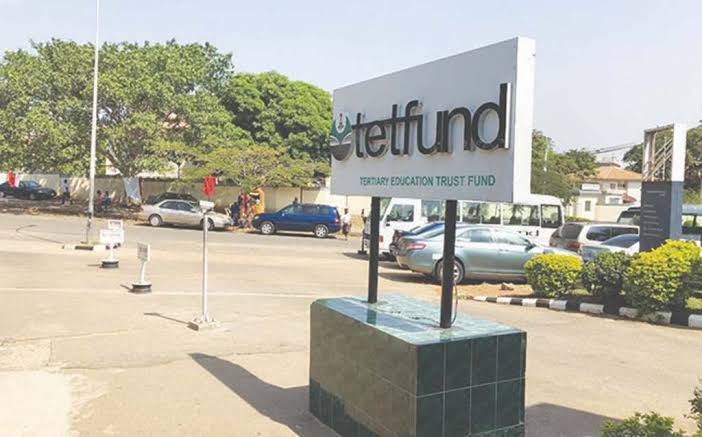 Share 0FacebookTwitterWhatsappEmail
Kindly share this story:
The Vaccine Development efforts of the Tertiary Education Trust Fund (TETFund) has started yielding visible results as the COVID-19 vaccine project sponsored by the Fund would be ready for first clinical trial in November this year.
This was disclosed in a statement signed by the Ag. Director, Public Affairs, Mr. Abdulmumin Oniyangi, made available to Freedom Post on Thursday.
According to the statement, the project, which is a mega research grant intervention tagged  ‘Accelerated Development of COVID-19 Vaccines Using Innovative Technological Approach’ is a collaborative effort involving cluster researchers from five different institutions to consolidate problem-solving research and promote innovation in Nigeria.
It would be recalled that TETFund awarded a total of N1,250,000,000.00 (One Billion, Two Hundred and Fifty Million) Naira, distributed to four clusters of researchers. One of the clusters, which is the Vaccine Production Cluster, got a total grant of N450 Million (Four Hundred and Fifty Million) Naira.
The Vaccine Production Cluster is made up of researchers from the National Veterinary Research Institute Vom, Usman Danfodiyo University Sokoto, Faculty of Veterinary Medicine, University of Jos, Nigerian Institute of Medical Research Lagos and National Research Institute for Chemical Technology, Zaria.
Vice Chancellor of Usman Danfodiyo University, Sokoto, Professor Lawal Suleiman Bilbis, who led the team of researchers to brief the Executive Secretary of TETFund, Arc Sonny Echono on the progress so far, explained that they were able to make the breakthrough through the maximum support of the Fund.
He recalled how the COVIC-19 pandemic ravaged and unleashed untold hardship on humanity globally, noting that Nigeria was only saved by divine intervention, since the nation was not prepared for such eventuality.
He said, “TETFund believed in us and supported us to get to where we are now. That is why we have come to give a firsthand report on the progress made so far”.
A presentation by Dr. Bashir Muhammad Bello of Usman Danfodiyo University, Sokoto revealed that it has become a matter of urgency for Africa to join the rest of the world in the production of its own vaccine, as it was estimated that the continent currently imports 99 per cent of its vaccines and consumes 25 per cent of global vaccine supply.
He explained that this gave rise to the team coming together to form a consortium and put up a strong proposal with which they approached TETFund for sponsorship under its research and development intervention.
He said, “We graciously got the support of TETFund not only in COVIC-19  but also in Lassa Fever and other infectious diseases, because whether we like it or not, diseases will continue to emerge and reemerge. They don’t have international boundaries and that is why they are called pandemic”
“That was when we realized that we really need to sit up. Those producing these vaccines abroad are mostly Nigerians after all, so why can’t we do it here. That is why we decided to form a consortium and TETFund was magnanimous to release N225 million for the first tranche, he added”
He noted that the team was meticulous in their research by ensuring that all the factors responsible for the reemergence of different COVID-19 variants were considered to make sure they don’t manifest in future.
Responding, Arc Echono, lauded the team for the great feat achieved within a time limit to make the country proud with the progress recorded in the vaccine production.
He explained that it is a national project, and as such, it has become a national pride, assuring that TETFund would continue to assist the cross-cutting efforts of the researchers to ensure the desired goal is achieved.
Kindly share this story:
Share 0 FacebookTwitterWhatsappEmail
previous post