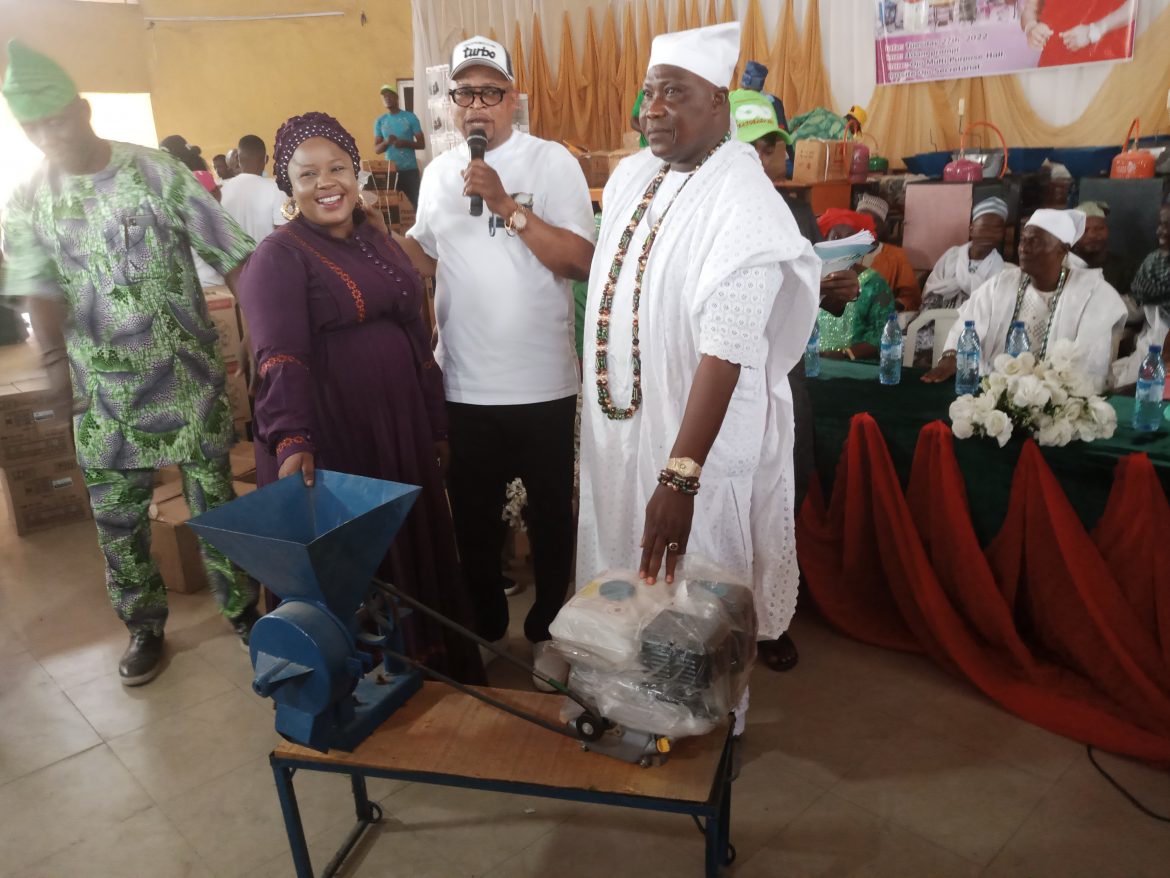 A lawmaker in the Lagos State House of Assembly, representing Ojo Constituency 1, Hon. Victor Olusegun Akande has said that empowerment is the best way to end poverty in the country.

Akande also recommended that the government should provide soft loans for the indigents as a way of providing succour for them in the midst of the harsh economic crisis in the country.

Speaking during “Hon. Victor Akande Empowerment Programme” at the Ojo Town Hall on Tuesday December 27, 2022, the lawmaker said that it was his own way of saying thank you to the people of the constituency for allowing him to serve in the assembly for eight years.

“I threw the nomination of beneficiaries open to the party members and to the residents. Leaders of our party nominated people, but it is not about party alone, I selected people within the community, church, mosques and others.

“This is who I am, I am people-oriented, the people put me there to represent them and I have to thank them.

“We have trained some of the beneficiaries on how to use the items so that they would not sell them,” he said.

The lawmaker stressed that the empowerment programme was postponed severally, but that they decided to hold it now.

He however, thanked his wife for being there for him, adding that the event was an opportunity for him to reach out to so many people at the same time.

Some of the beneficiaries of the empowerment expressed appreciation to the lawmaker with a promise to make use of the items, which they said would ameliorate their suffering amidst the economic hardship in the nation.

A beneficiary, Miss Arolowo Ebunoluwa
expressed happiness over the grinding machine the lawmaker gave her.

The university graduate promised to hand it over to someone that would operate it on her behalf and give her returns.

Another beneficiary, Olawale Alake, a former ward vice chairman of the All Progressives Congress (APC) in the area, thanked the lawmaker for the gift of dryer he was given.

“I am giving it to my wife. Hon. Akande has been doing this since the past eight years that he got to the assembly. I want to advise the people to make use of the items given to them,” he said.

Also speaking, Mrs. Helen Agebes, said that she would start a small business with the gift of pop corn machine she got from the empowerment, while expresaing gratitude to the lawmaker.

Mr. Mumuni Abudu, on his part, said that the shoe sewing machine he was given would contribute to the empowerment of his family as it would help his business.

He then prayed that God would continue to bless the lawmaker, and advised the beneficiaries to use the items for the purposes they were meant for.

Nigerians will enjoy a better 2023 with Tinubu as President, says Obasa