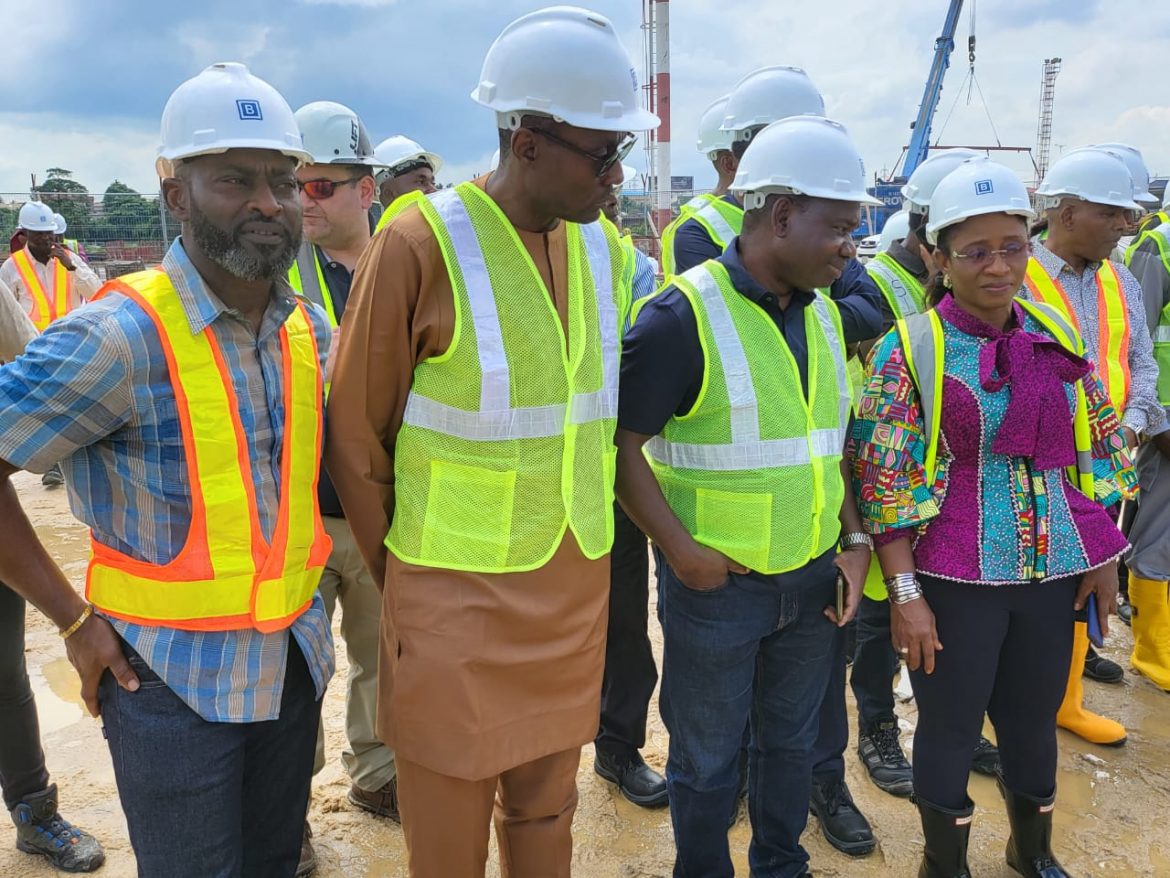 As part of the Babajide Sanwo-Olu administration’s commitment to Traffic Management and Transportation, pilling works have commenced for the Opebi-Ojota Link Bridge of Lagos State.

The Opebi- Ojota Link Bridge, which is one of the legacy projects of Governor Babajide Sanwo-Olu’s administration, is aimed at easing the burden of commuters and decongesting traffic in the Ikeja axis and on Ikorodu road by providing a direct link between Opebi, Mende, Maryland and Ojota to Ikorodu road, reducing the perennial traffic on Mobolaji Bank-Anthony way, and setting precedence for Ojota commuters to link the 3rd Mainland Bridge.

The construction of the 3.9km Opebi-Ojota link bridge and approach roads, was flagged off on January 26, 2022, by Lagos State Governor, Mr. Babajide Sanwo-Olu, who described the project as another milestone in the implementation of the Traffic Management and Transportation Pillar of his administration’s THEMES Developmental Agenda and the State Strategic Transport Master Plan (STMP).

Over 100 registered Nigerian Engineers are currently working on the project while students from various universities and members of the National Youth Service Corps are also learning practical aspects of their courses such as Geology and Civil Engineering, the project site.

Speaking to journalists at the Mende area of the Opebi-Ojota Link Bridge, when some members of the state executive council inspected the ongoing construction, especially the ongoing pilling works for the bridge, the Special Adviser to the Governor on Works and Infrastructure, Engr. (Mrs) Aramide Adeyoye said the bridge would be delivered in June 2023.

She said the bridge apart from providing infrastructure and transport solutions to millions of Lagos residents, will also bring to bear innovation, adding that when completed, the bridge would have a positive impact on the health of residents who will have the opportunity to exercise on it, just like the Lekki-Ikoyi Link Bridge.

Adeyoye, said the project concept designed by the Ministry of Works and Infrastructure in conjunction with the Ministry of Transportation, will not only provide an infrastructure solution, but also a transport solution that ensures value and relief for the motoring public.

She said a lot was put into consideration in the design and construction of the bridge, saying it would have a walkway for residents to jog and keep fit.

Adeyoye also disclosed that building the local capacity and content of Nigerian engineers was considered in the award of the contract, adding that aside from qualified Nigerian engineers being empowered through the project; engineering students are being tutored to have practical experiences.

Also speaking, Lagos State Commissioner for Transportation, Dr. Frederick Oladeinde, said the Opebi-Ojota Link Bridge is a demonstration of the Sanwo-Olu administration’s plan to regenerate Lagos by providing residents with infrastructure that would be complemented by the recently inter-modal transportation system, befitting of a mega city like Lagos, while also easing gridlock across the metropolis.

“When you look at all the projects that we are doing, they are projects that will either connect communities or make our public transport better. So the focus of this project (Opebi-Ojota Link Bridge) is on public transport. We are building infrastructure so that we people can move efficiently and decently from one point to the other.

“This is how Lagos State Government is thinking in terms of all the projects they are doing to ensure efficiency. So when you look at the population of Lagos, you will understand that it is important that we develop our public transport. So to develop public transport, you must have good infrastructure. So we are developing the infrastructure required to ensure that we put a decent public transport for our people,” he said.

Speaking to journalists, some of the students at the site said they have learned a lot from the ongoing construction of the Opebi-Ojota Link bridges and approach roads, especially in the aspect of soil text, drilling and some civil engineering works.