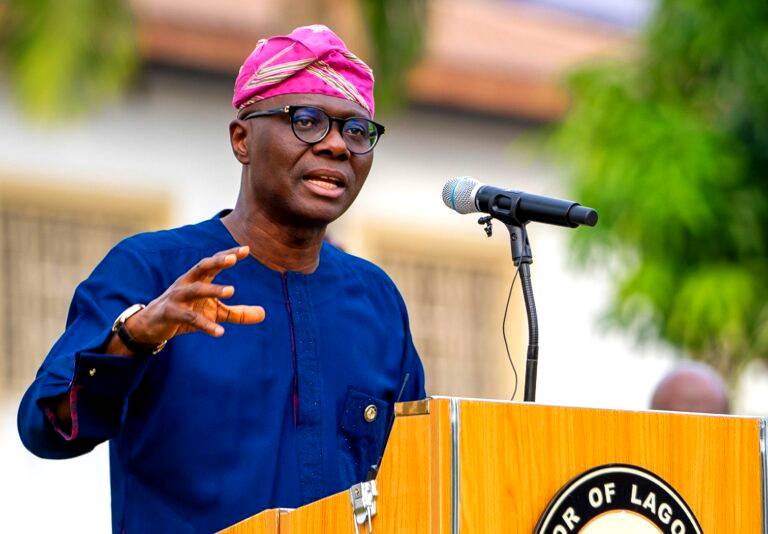 Lagos State Governor, Mr. Babajide Sanwo-Olu on Wednesday said the State Government will strengthen its partnership with the United States and work closely to deepen a mutually beneficial relationship on security, business, entertainment, technology and good governance, among others, to better the lives of the citizens.

Governor Sanwo-Olu made the statement on Wednesday while receiving the new United States Consul General, Mr. Williams Stevens, who paid him a courtesy visit at the Lagos House, Marina.

The Governor said Lagos State Government is looking forward to using the opportunities and mutually beneficial partnerships between the State and the United States to better the lives of residents and create an atmosphere where businesses can thrive.

He said: “We know too well that you will do bigger and greater things with the government and the people of Lagos. The relationship that the government has with your office is great; it is phenomenal but beyond that, it is really about our people. It is about ensuring that we can use our opportunity to better the lives of our citizens and businesses both in institutions and the country.

“Over the last couple of months in Lagos State, we have seen direct investments from big American companies that have seen the need for them not to just verbalise that the future is in Africa but the future is actually in Lagos and we need to take those steps.

“We know that indeed this is where the huge number of youth population; the opportunity is here in tech, financial services, entertainment and tourism. This is where everything comes together. So, I am excited. We believe working closely with your office, we will be creating success on both sides and we will be building a mutually beneficial relationship.

“Security is paramount for you, myself and for our citizens. We will be taking that forward. I am sure over the period we will deepen the relationship further and build a visible clear vision for our cities.”

In his remarks, the United States Consul General, Williams Stevens said his country was poised to improve the economic relationships, bilateral trade and work together to combat crime while partnering to prioritise education, cultural engagement and entertainment, among other initiatives that would lead to investments in the state.

Stevens, who described the economic relationship as the foundation of any partnership as well as security, promised that the United States will partner with Lagos State and the Federal Government in combating trans-national crimes and ensure the security of lives and properties of residents, which according to him is key to creating a conducive environment for businesses to thrive.

He said: “We are focused on security. We are focused on ensuring that we are working together with Nigerian organisations and law enforcement to combat international crime and help the people here safer and more secure, which actually directly connects to trade investment.

“We are also focusing on the human concept on regulations, health, partnership, democracy, governance, preparation for the upcoming elections; everything we can do to ensure that people who are here in Lagos State and around Nigeria can have the opportunity to live healthy and safer.”

Stevens, who described Nigerian entertainers as global stars, said there is a partnership between Americans and Nigerians both in films and music in the classic entertainment industries.