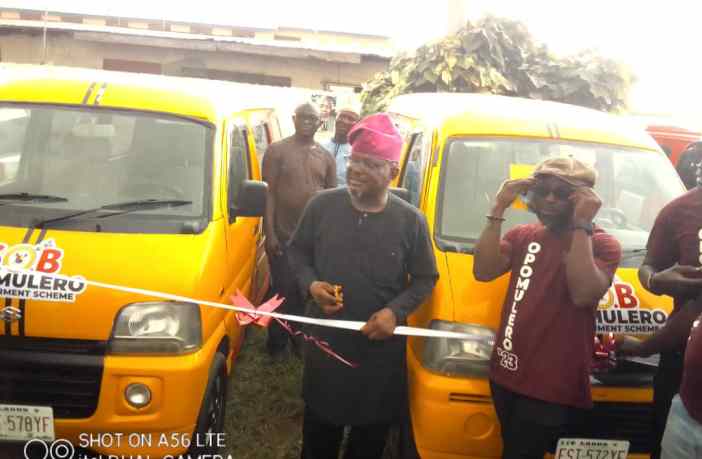 The Lawmaker representing Ikorodu Constituency 1 in the Lagos State House of Assembly, Hon. Sanai Agunbiade, has empowered some youths in his constituency with 10 mini-buses and other items.

Other items shared during the programme, held at the constituency office, Ikorodu, include sewing machines and POS machines.

According to the majority leader of LAHA, the empowerment which is the second edition organised by the lawmaker in partnership with the Lagos State Empowerment Trust Fund (LSTF), was to enable the beneficiaries to go into business and make daily income.

“It is for them to know how to do business and also to be part of entrepreneurship that is being preached by the state government.

“A lot of the youths in Ikorodu have no job and the little we can do is to arrange and partner the Lagos State Employment Trust Find (LSTF) and create some counterpart fund with them,” he said.

He said that the items were given to those who genuinely needed economic empowerment, not only those who were members of the party, but cut across the entire people of the constituent.

While appreciating his constituents for their support, Agunbiade encouraged the good use of the empowerment tools.

“For a very long time, we have been trying to package this, but today we will be handing the items to them officially.

“We have also handed sewing machines to some people who are into the fashion business because they genuinely needed it.

“We carefully selected members of the youth who have been consistent in their drive to make living through legitimate business,” he said.

Also speaking during the empowerment programme, Mrs Omolara Adewunmi, Director of Programme in LSTF, said the agency was created to provide access to finance and job creation to empower entrepreneurs.

Adewunmi commended the lawmaker for listening to his community, providing what they needed and solving their pressing issues

She said that the tools would reduce the massive unemployment facing youths in Ikorodu and across the country.

Also, Mr Babatunde Oyesanya, who was a beneficiary of a mini-bus during the first edition, commended the lawmaker. 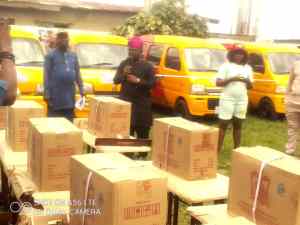 He advised the new beneficiaries to judiciously use the items for what they were meant.

Another beneficiary of the mini-bus, Mr Wale Olowolagba, thanked the majority leader and promised to use and maintain it appropriately. 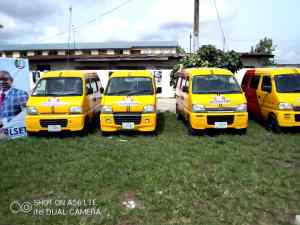