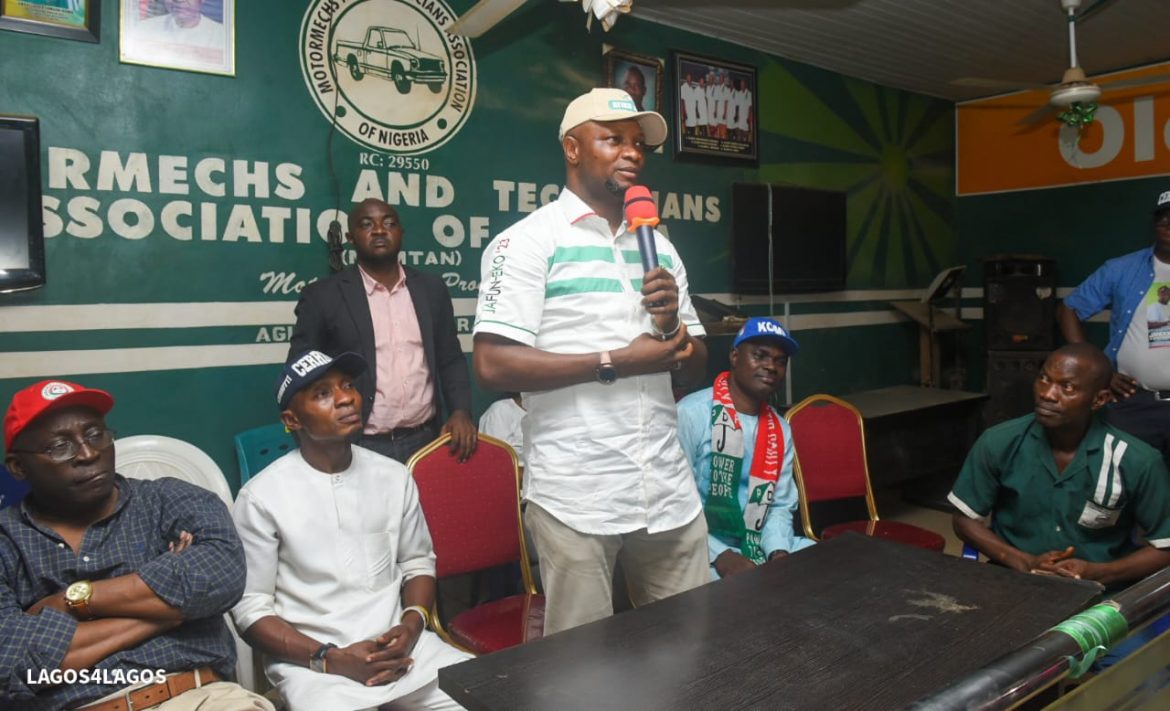 Olajide Adediran, popularly called Jandor, the People’s Democratic Party (PDP) gubernatorial candidate in Lagos State, has pledged that he would reverse all polices of the All Progressives Congress (APC) administration, including levies, which had negative impact on the people if elected.

The PDP candidate stated this during an interaction with Irepodun Iron Dealers Association at Onipanu in Mushin constituency 1, during his campaign tour of Mushin local government area on Wednesday.

The PDP candidate is the main challenger to Babajide Sanwo-Olu, the incumbent Governor of Lagos State.

He berated the APC government for not putting the welfare of Lagosians at the front of their decision making, noting that the people where more poorer since they assumed office.

Jandor promised that if voted into power Lagosians would be the center of his administration’s polices that would be focused on service delivery and accountability.

He said his decision to tour all the wards and local government areas in the state was to enable him to know the yearning of Logosians and what areas he needs to focus on when elected.

He urged the people to vote out the ruling APC’s administration, noting that they had failed Lagosians over the years and had become unpopular.

According to Jandor,”The essence of governance is to provide good governance and not to make life unbearable for the people

“This interaction is necessary; so that i can know what you are going through and where I can intervene when elected.

“My government would be for the masses, I would not make unpopular and anti-people polices and even those that are making life unbearable for our people we would reverse them.

The PDP candidate further pointed out that his administration would not close down markets in the state indiscriminately, because he understands how important it was to the daily earnings and survival of the traders.

He equally charged them to vote for Atiku Abubakar, the party’s Presidential candidate in the 2023 general election, stressing that he was experienced enough and understands how to tackle the problems bedeviling Nigeria.

Speaking earlier, the chairman of the association, Abolaji Arelewu
assured Jandor of the association’s support towards his victory at poll, noting that they were elated by the visit of the PDP’s gubernatorial candidate to meet with them personally.

“I don’t think we have seen a governorship candidate come here to see us and talk to us before. It shows your personality and I assure you that we would support your ambition to be governor of Lagos State, but I hope when you get there, you would do what you promise us”, he said.

How Primate Ayodele foretold the impeachment move and The survival of South Africa President, Cyril Ramaphosa