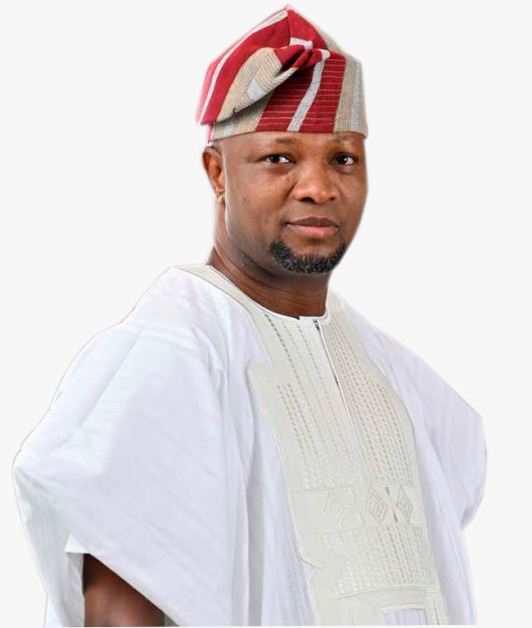 The Lagos State PDP Governorship Candidate, Dr Abdul-Azeez Adediran, on Saturday held a closed-door strategic meeting with party leaders and elders to map out strategies for victory in 2023 general elections.

Adediran, popularly known as ‘Jandor’ in company of his running mate, Ms Funke Akindele, met with party’s chieftains in Ikeja to update them on his campaign ward tours in the state.

Speaking during the opening session before going into closed-door, the candidate, who described the meeting as parents-children interaction, apologised to the leaders for delaying such meeting, saying it was long overdue

According to him, it is not rudeness or disrespect to them that the meeting is just holding.

“In our own thinking as your children, we thought we should be the first to carry the load by going to various wards to engage stakeholders before holding this meeting.

“I want to thank you for conceding the party tickets to us but we know you did this because of the faith you have in this state, and believe that next election should be the time of PDP.

“It is not strange that there have reactions in the party on certain issues but how can we stability the party for the purpose of where we are going? I believe this is what you put ahead of all misgivings, hence your presence here.

“What we consider key after the primary is to reach out to the electorate who would vote. When we have them in huge number, what the party would do will be small. That is where we see huge job, hence our concentration on grassroots engagements,” he said

Adediran, who called for understanding and cooperation of party chieftains, said that party’s electoral victory should be more paramount to leaders above all schisms.

Expressing strong believe that APC’s reign in Lagos state would not be forever, Adediran said that PDP’s victory in the state was imminent and would be witnessed and celebrated by leaders, who had suffered and persevered over years for the party.

“This forthcoming year is the time for us to win to end all the reproaches and names’ calling over your comtinued stay in the party.

“I want to beg you to be more concern about enthronement of PDP. This prize we are looking at is yours.

“I want to appeal to you, if we have one or two persons in the party, either in our community or group, as elders, let us go to them and appease to them.

“Also, as elders if anyone offends us, let us call them and beg them and tell them that what is ahead requires our collective collaboration for us to see the gains,” he said.

Adediran said that both him and her deputy were very young and could not be perfect or wiser than the elders.

He called for forgiveness from party leaders anywhere he had offended them by not reaching out enough.

Adediran, who noted that there was no party without its internal rancor after primary, urged party leaders to forget the past, face elections and see how to mobilise votes.

He said that if offences protracted, elections would come and meet the party unawares.

Adediran, who explained that his campaign team had toured 119 of the 245 wards in the state meeting all stakeholders, said Akindele had been visited several markets to solicit votes for the party.

“We believe at the end of the day, these are people that can give us the votes we need. We have been doing all these. I have come to report to you that this is how far we have gone.

“We want all of us to be together. We must all have understanding. Everyone has a stake in this project and must be carried along. All we are hearing and seeing in our tours has shown that PDP is ready to win,” he said.
Clearing issues on his choice of Akindele as deputy, Adediran said that it was not premeditated or influenced by anyone but based on God’s direction and leading.

Earlier, Akindele, who commended party leaders for accepting and supporting her, said that she would not give up despite all noises and backclashes

“I joined the party few months ago as a nobody but my fathers and mothers here in the party, have turned me to somebody.

“A want to say a very big thank for for your words of advice. I will never give up because you are behind me. Our eyes are on the prize. We will do as the party wants,” she said.

She prayed God to keep all the party leader hail and hearty to witnessed the party’s electoral victory and swearing in ceremony in the state.