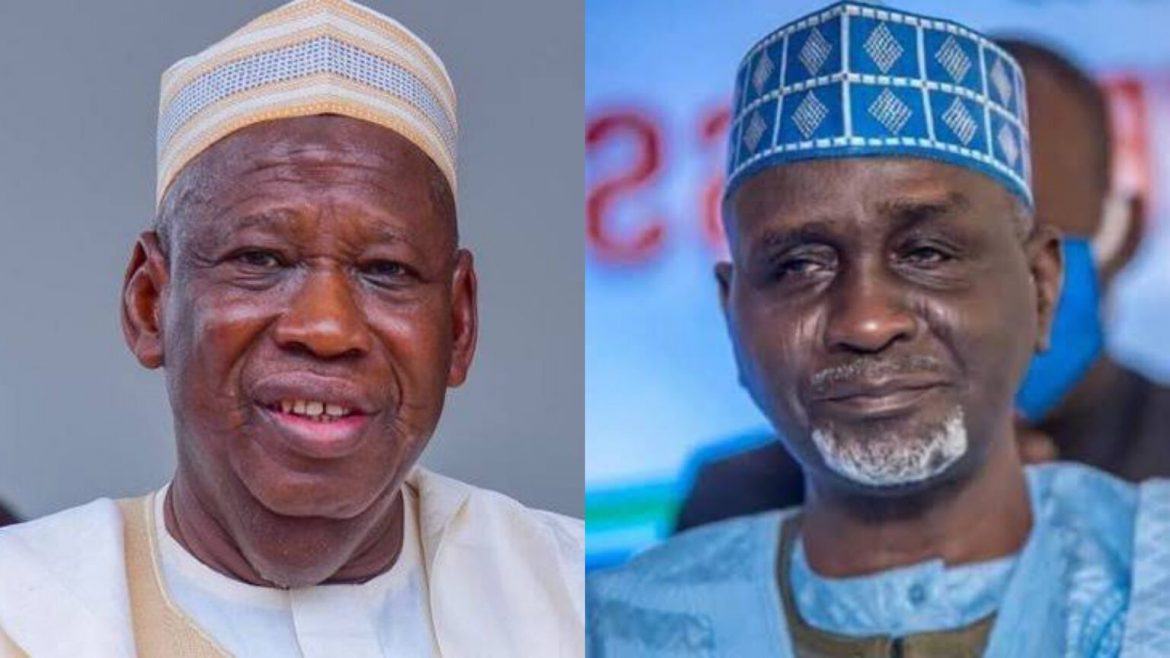 The Supreme Court has upheld Gov. Abdullahi Ganduje-led factional leadership of the All Progressives Congress (APC) in Kano State.

The apex court, in a lead judgment delivered by Justice Inyang Okoro on Friday held that the appeal against the earlier judgments of the Court of Appeal in Abuja lacked merit and as such dismissed.

The appeals followed two rulings of an FCT High Court which upheld ward and local government congresses won by the faction loyal to Senators Ibrahim Shekarau and Jibril Barau (Kano North) and numbering 17,908 and 1,319 members, respectively.

A faction of the APC loyal to former Kano State governor Shekarau had been in a leadership battle with the Ganduje’s group.

The Court of Appeal had in February dismissed three appeals that were lodged over the originating summons wrongly commenced in Abuja.

It ruled in favour of the Ganduje’s faction and also said the lower court had no jurisdiction as only the leadership of a political party could resolve disputes arising from its internal affairs, in line with its constitution.

The appellate court said the matter was an internal affair of the APC.

The Abuja Division of the Federal High Court voided the congresses following a challenge in the suit filed by a group led by Shekarau.

The two factions had held parallel congresses and produced two sets of state executives on October 18, 2021.

The national leadership of the party, however, recognised the congresses of the Ganduje group, leading to the other faction heading to the court.

The FCT High Court, on November 30, declared the congress conducted by the plaintiffs as valid and the officials it produced as the duly elected leaders of the APC in the state.

It similarly, on December 17, affirmed its decision by rejecting a motion filed by the Ganduje faction asking the court to stay execution and set aside the judgment.

The judge, Hamza Muazu, further imposed a fine of N1 million against the plaintiffs for filing “a frivolous and time-wasting motion” by asking the court to set aside its judgment and stay the execution on the local government congresses.

The Ganduje faction had filed the motions following its appeal regarding the matter.

The faction subsequently transmitted the records of appeal to the Court of Appeal, a crucial procedural step that sets the stage for the hearing of the appeal.

Mr Muazu struck out the applications on the basis that he had lost jurisdiction to hear the case after the records of appeal were transmitted to the Court of Appeal.