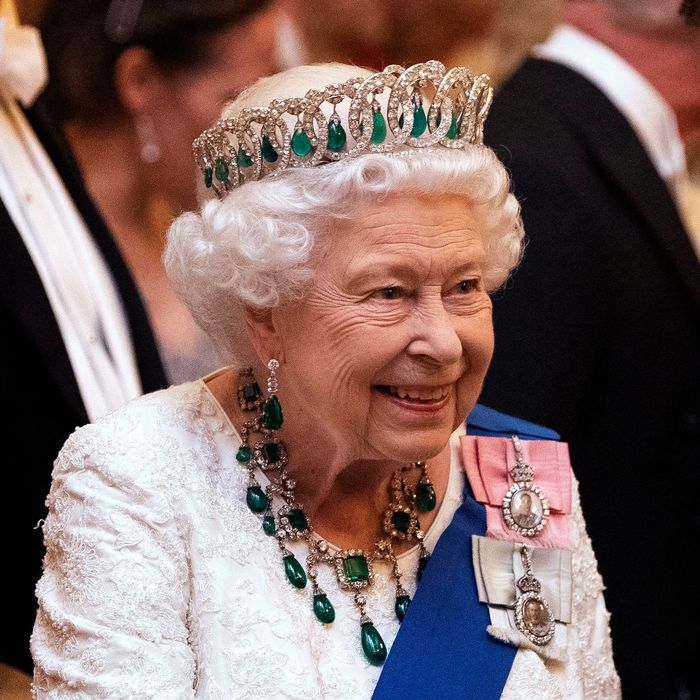 Queen Elizabeth II, a beacon of stability after 70 years on the British throne has finally died at the age of 96, Buckingham palace announced this evening.

At the early hour of today, it was reported that the Britain’s Queen Elizabeth II was “under medical supervision” because “doctors were concerned” about her health, Buckingham Palace announced Thursday.

“Following further evaluation this morning, The Queen’s doctors were concerned for Her Majesty’s health and have recommended she remain under medical supervision,” the palace said. “The Queen remains comfortable and at Balmoral.”

Th 96-year-old monarch has spent the summer at Balmoral Castle, the royal family’s  estate in Aberdeenshire, Scotland. A royal source told ABC News on Thursday that immediate family members have been informed of the current situation.

The queen’s oldest child, Charles, Prince of Wales; and his wife, Camilla, Duchess of Cornwall; as well as the queen’s daughter, Princess Anne, were already at Balmoral, according to their respective spokespersons. Meanwhile, the queen’s other sons, Prince Andrew, Duke of York; and Prince Edward, Earl of Wessex; as well as Edward’s wife, Sophie, Countess of Wessex; Charles’ two sons, Prince William, Duke of Cambridge; and Prince Harry, Duke of Sussex; along with Harry’s wife, Meghan, Duchess of Sussex, are all on their way to Balmoral, their respective spokespersons confirmed.

On Wednesday, the queen canceled a meeting of her Privy Council and was told to rest, a source at Buckingham Palace told ABC News. At the time, the palace would not comment on the queen’s health beyond saying that she was heeding doctors’ advice to rest.

After the palace’s announcement on Thursday, U.K. Prime Minister Liz Truss took to Twitter to say that her “thoughts — and the thoughts of people across our United Kingdom — are with Her Majesty The Queen and her family at this time.”

“The whole country will be deeply concerned by the news from Buckingham Palace this lunchtime,” Truss tweeted.

Truss, who was recently selected as the new leader of the U.K.’s ruling Conservative Party, had an audience with the queen at Balmoral Castles.