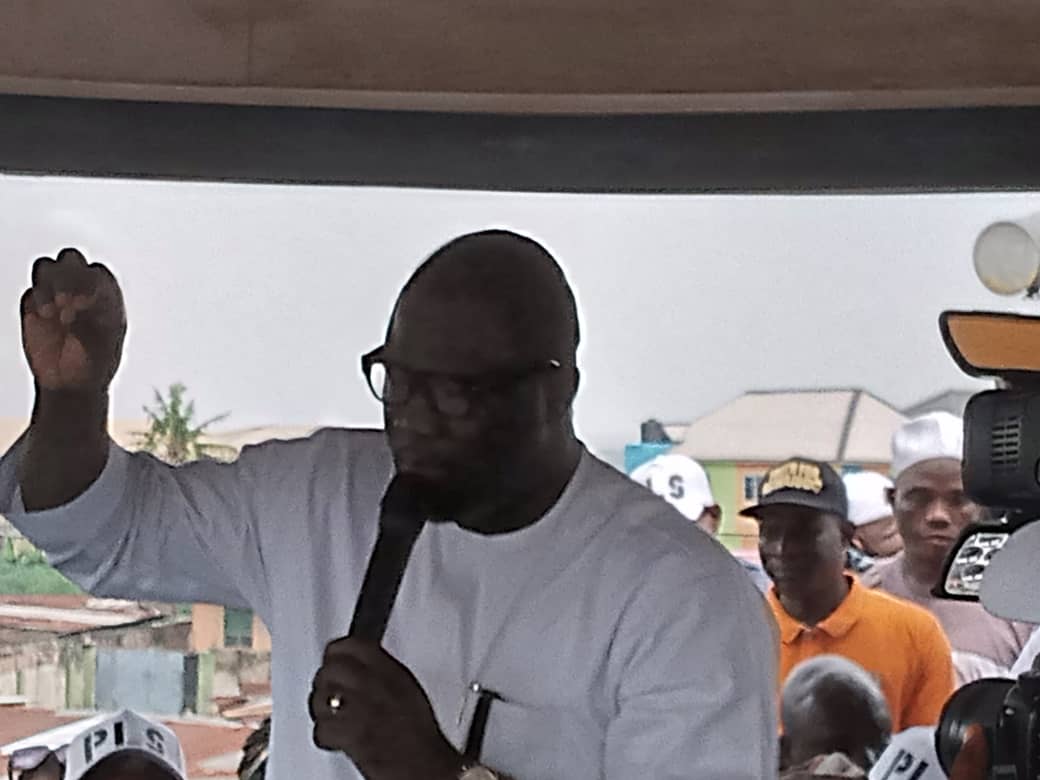 There was wild jubilation in Oriade/Amuwo –Odofin yesterday when Prince Lanre Sanusi, popularly called PLS officially declared his intention to represent the constituents at the Federal House of Representatives by 2023.

The jubilant crowd followed prince Sanusi everywhere he went as he paid a courtesy call to party leaders and stakeholders alike who could not hide their join for having a game-changer who will put a smile on their faces join the race.

The leading aspirant took time to highlight why a change of baton at the National Assembly is important, come 2023 in the constituency while he was addressing APC Chieftains at the courtesy call to notify the party’s Apex leader of Oriade/Amuwo-Odofin, Prince Omonoba Saliu Sekoni and other stakeholders about his intention to vie for the Reps seat.

He noted that Amuwo-Odofin federal constituency has suffered neglect with respect to Infrastructural developments and more dividends of democracy unlike what obtains in Ikeja and Ikorodu, which boils down to void of quality representation.

Commending a former Reps of Amuwo Odofin, Hon. Olukolu, the young and vibrant PLS notes that he is bringing a new wave into the national legislature, as he will positively leverage the past experiences.

Prince Sanusi said: “The past is gone, we are focused and resolute not like any other who dilly dally on what they wanted, Hon. Jimi Benson of Ikorodu, Hon. James Faleke Ikeja and the Speaker of the Federal House of Reps Rt. Hon. Femi Gbajabiamila of Surulere are my models, ever since the era of Hon. Olukolu who is here seated, Amuwo- Odofin lacked

“We have not been visible at the national, so my going to represent you is to ensure facilitation of quality Infrastructure, employment opportunities and more here.

“As someone who put his trust in God, whoever says he knows them all in Abuja, I tell them we know God.

“Oghene has no constituency office and he has been holding forte at the NASS since. They said PDP is more than us in Amuwo, I say they have been stealing our votes.

Appreciating the leaders for their unalloyed commitment to the actualisation of his aspiration, he urges them to give him his support again.

“I appreciate you for being consistent with me.

We have an opponent in Oghene or any other we will defeat them. I want the same backings you gave me in 2019 with which we won the primaries again, may the good Lord repose the soul of late Hon. Adegeye.

“Allow me to be your Reps member in Abuja, you have done it before and I want it again and I will not fail you. I also crave your permission to tour around the LGA and Wards. I urge you to support me again.” PLS said.

In his response, the Apex leader Prince Sekoni appraised the recent discourse with the APC National Leader Asiwaju Bola Ahmed Tinubu, where a note of warning was sounded against violence during the party’s primaries and the general elections.

He tasks all aspirants to comport themselves well before and after the election so as not to soil his image which is inimical to his aspiration.

“We won’t just pick after primaries to screen aspirants, soon that will be, what we are doing now is to prepare towards primaries, all the wards and delegates to be are present here.

“I urge you all we are out for indirect primaries which involve delegates and people at the ward.

“At a parley with the National Leader yesterday, he told us that all should go and contest on the field whoever emerges without rancour should progress to INEC.

“So if primary churn someone out nobody should contest. No violence in Lagos where he is coming out for the presidency. Any aspirants found wanting can be denied or disqualified. 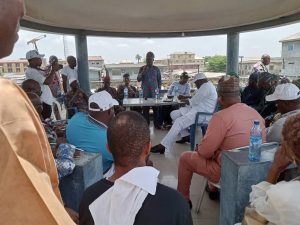 “So all of us who have preferred aspirants, we have never forced anybody to do the bidding of one person. It is going to be an electoral college and the national will determine who will be there.

“Here we have eleven INEC wards 7 for the indigenous Oriade and the four others in Amuwo-Odofin, with an expressly stated number of delegates to go, for the Assembly, Reps, Senate and Presidential primaries whoever has no business there should not go, just pray for your aspirant.

More so the final result is sacrosanct, so the support for aspirants is to vote for them once you are a delegate.” Sekoni said.

Also, one of the leaders present, Pa Ajakaiye (aka Yaafi) affirmed that none has the following of PLS in the area, adding that his mien is unprecedented in terms of provision. 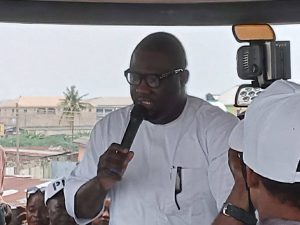 “Amidst all the four that have come to show their interest none has ever given us caps. I want you to know he has the required weight, he has also done much more than others.

“This is APC primaries era, campaign is still coming when PLS candidature is affirmed. If we have this crowd prior to primaries, I want to believe he will sustain the tempo.”

The Director-General of PLS Campaign organisation, Alhaji Moshood Balogun Badmus appraised the political trajectory of the aspirant, noting that all through his travails he did not challenge the party decision and now seeks support for 2023 Reps aspiration.

“Let’s go and revalidate our PVCs, it is not by songs or following PLS, also canvass many to do same, other people are going there to get their PVCs in shape, don’t only dance please get your PVC, we have less than 2 months to do that, only PVC can do it.

Also present at epoch-making event were: Hon. Chief Okunnu, Ismaila Oluwa and Alhaji Ibrahim Sanusi and APC Ndigbo youth leader Comrade Leo noted that PLS is a detribalized person who gave succour to all during the COVID 19 pandemic era.