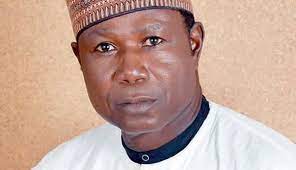 The Middle Belt Forum (MBF), has described as ‘unfortunate’ the purported defection of former President Goodluck Ebele Jonathan to the All Progressives Congress (APC).

MBF said that by his action, Jonathan would lose the goodwill he enjoys among Nigerians, who regard him as a reference point for good governance in the country.

The forum’s National Treasurer, Chief Ben Akaakar, said: “It is unfortunate that he is joining the people that have destroyed the legacies that he left for Nigerians as President of the country.

‘’He should know that if he actually defects to the APC, he will never be a reference point for good governance in the country anymore especially with the lack-luster performance of the ruling APC.

“So, his defection will be a disappointment for Nigerians, who have been lamenting the maladministration of the APC and demanding that the party return the country to the pre-2015 era.”

Recalled that Freedom Post reported that there are speculations that Jonathan had dumped the Peoples Democratic Party (PDP) for the APC so as to contest for President in 2023.

Two days ago, a Fulani group bought the N100million APC presidential form for Jonathan, but he later rejected the form.

However, the former president through his spokesperson, Ikechukwu Eze, disowned the group, saying it was an insult for the group to purchase form in his name without his knowledge.