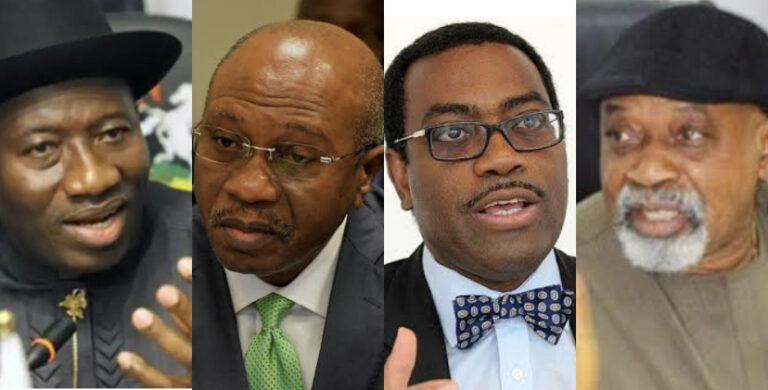 Former President Goodluck Jonathan, touted as a likely consensus candidate for the ruling All Progressives Congress (APC), is not on the list of presidential aspirants to be screened to contest in the party’s presidential primary slated for June 6 to 8.

Jonathan had on May 9 rejected the presidential expression of interest and nomination forms of the APC bought for him by a Fulani group.

Citing a credible source in Mr Jonathan’s camp, state-run newswire, News Agency of Nigeria, reported that the former president had finally made up his mind to vie for the top post he lost to President Muhammadu Buhari in 2015.

Apart from Mr Jonathan’s name missing on the screening list, the names of the president of the African Development Bank (AfDB), Akinwumi Adesina, and the governor of the Central Bank of Nigeria (CBN), Godwin Emefiele, Minister of Labour and Employment, Chris Ngige and Minister of State, Petroleum, Timipre Sylva, were also omitted.

Mr Emefiele had faced backlash over his involvement in partisan politics with critics calling for his immediate sack of the apex bank’s governor.

Junketing Buhari jets out to Spain again on a state visit