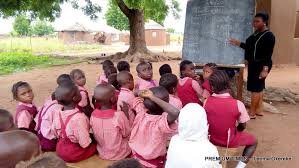 Stakeholders in the North-West geopolitical zone of Nigeria have attributed the current spate of moral decadence among schoolchildren to poor parenting.

It was said that although moral training of children should be a collective responsibility of relevant stakeholders who are to play mentorship role, nonetheless, parents were to blame substantially for the moral decadence.

They pointed out that parents, teachers, community members, and religious leaders had roles to play in inculcating good morals in children at home, school, and places of worship.

Zakari Mohammed, director of higher education in Kaduna’s ministry of education, said the first point of inculcating morality in a child was the home.

Mr Mohammed said it was the primary responsibility of parents to mentor their children and when the child reached school age, teachers were expected to participate.

He noted that parents should find ways of monitoring their children in school and explained that immorality among schoolchildren showed that parents were not doing enough.

“To some extent, some parents have relinquished their responsibilities of moral upbringing to teachers, who have to be playing the roles of ensuring academic advancement, as well as molding the character of children,” he explained. “Every school has Parent Teachers’ Association (PTAs) and School-Based Management Committees (SBMCs), which have critical roles to play.”

Haruna Danjuma, the national president of the National Association of Parent-Teacher Association, also mentioned that some parents lacked the needed morals to teach their children, leaving the responsibility to teachers.

Mr. Danjuma stressed the need for parents to pay attention to raising the morals of their children.

Garba Garkuwa, the SBMC chairman, Sabon Gari local government area, Kaduna, argued that teachers were supposed to be as parents to the children under their care, and should discipline them when they misbehaved.

“But under the current realities, no teacher can afford to touch anybody’s child in the name of discipline because some parents could mobilise thugs to attack the teacher,” Mr. Garkuwa.

He added, “The parents are discouraging teachers from playing their role of disciplining and counseling the children while in school to keep them in line, and at home, the parents are never there for the children.”