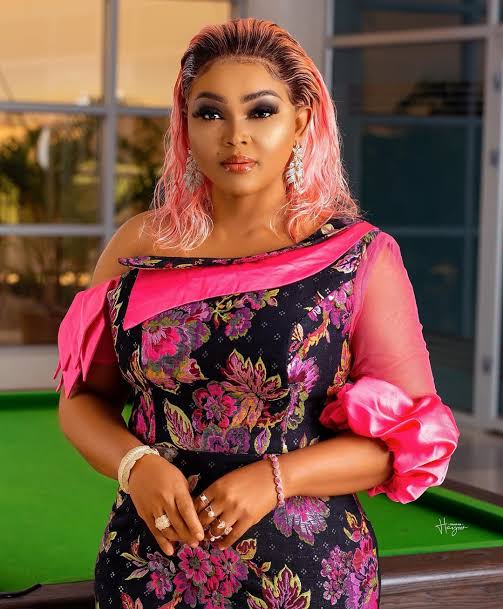 Nollywood actress, Mercy Aigbe, has become a subject of discussion on the Internet following an alleged fight involving her and a businesswoman identified as Lara Olukotun, popularly known as Larrit.

In a video making the rounds on social media, the businesswoman and Aigbe were exchanging words and the former threw a bottle at the actress.

Another video showed a crowded scene with police officers whisking the actress away.

Nigerian tweeps have reacted to the fight, as they traded blames between both women.

A tweep, @elivijaya, said, “Whether you like Mercy Aigbe or not, the lady that threw that bottle is at fault. There is a difference between verbal insults and physical assault.”

Another tweep, @pengwriter, wrote, “I used to love Mercy Aigbe’s acting. Whatever happened to giving her best to what she knows how to do, it’s obvious this drama filled husband snatching and double life is taking a lot out of her career. Sigh.”

“Mercy Aigbe has really become a bottom barrel woman mehn. This is not the mercy people called classy then,” @keji_xx mused.