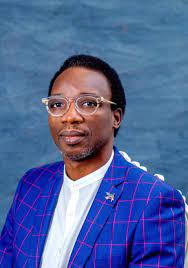 Following last Friday’s illegal invasion and sealing of properties belonging to Aeroland Conglomerate by AMCON, a truce has been reached between the agency and conglomerate’s CEO, Otunba Segun Adewale (Aeroland)

This was contained in a statement from Adewale’s media office and personally signed by him. It would be recalled that the corporate office of Aeroland Travels & some other properties were sealed by a team of policemen acting on an exparte order obtained for alleged 1.8 billion debt owed by Aeroland.

Otunba Segun Adewale acknowledged that AMCON  called him for an in-house meeting where all matters concerning his frozen assets that made headlines earlier have been resolved. The PDP chieftain added that the gesture was what he expected of AMCON ab initio, as a mediator between him and Polaris Bank to affirm who is in debt and by obligation admonish the erring party to pay.

He said he had approached the CBN and reconciled his account and after that, Polaris Bank had been called by the CBN to submit their report and has refused. He encourages that he and Polaris Bank should meet to reconcile and if he owes them he will pay but if they owe him, they must pay the money back with interest.

Otunba Segun Adewale also expressed his disappointment at the media for prosecuting him unjustly and without a fair hearing on his side of the story. The business mogul further expressed his displeasure with the misrepresentation and unprofessional reportage of the incident by a section of the media that failed to cross-check facts on the incident before going to the press.

“It is quite unfortunate that a lot of print and online media went with one side of the story as they were used to descend heavily on my business and reputation which I laboured to build for many years. The media had picked on a story of the allegation and trend it as a court judgment, indirectly prosecuting him before being adjudged to have been wrong”.

Otunba Segun Adewale, however, appreciates his supporters and well-wishers who reached out to him for their concern and show of support during and after the incident.