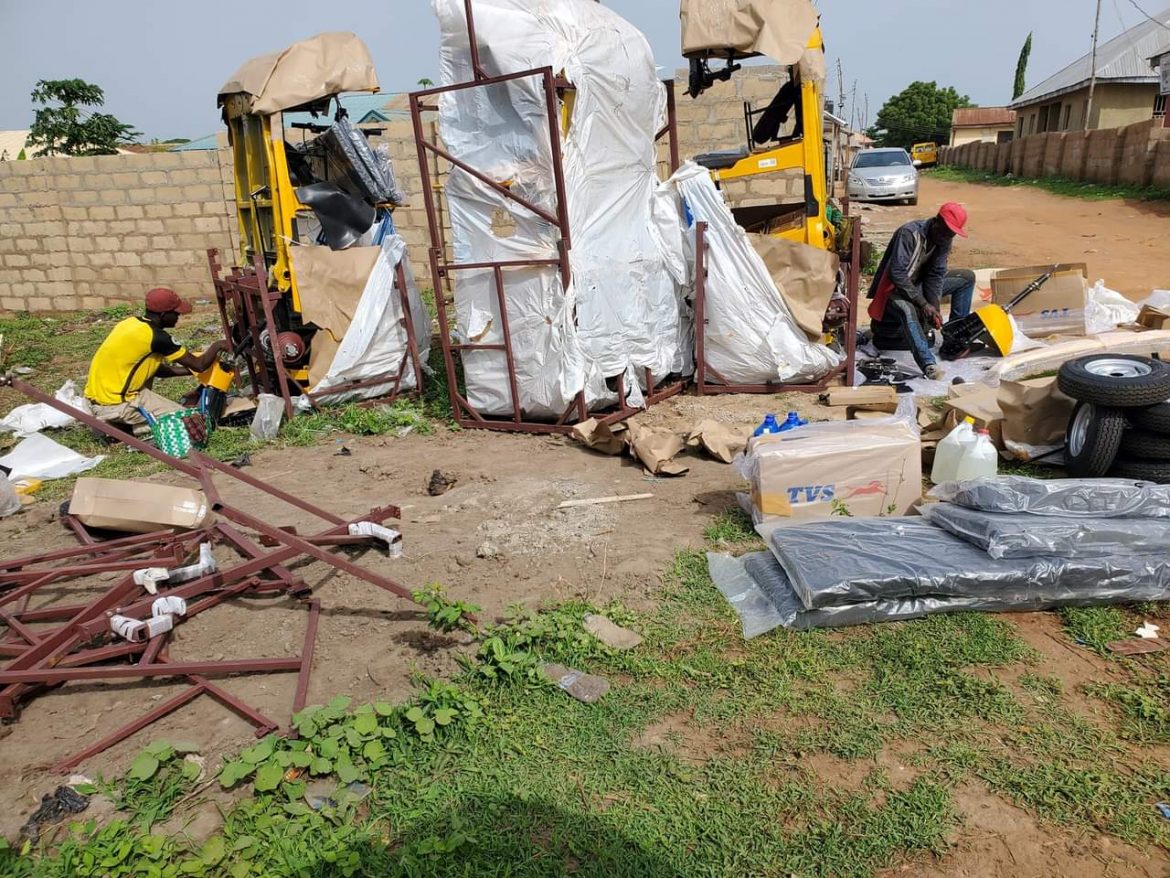 Share 0FacebookTwitterWhatsappEmail
Kindly share this story:
The people of Igbaja community in Kwara State have commended the effort of gov. AbdulRahman AbdulRazaq for revamping a water project that was abandoned by previous administrations for over sixteen years in the community.
The commendation was contained in a statement signed by the SSA Community Intervention to the Executive Governor, Kwara State, ‘Kayode Oyin-Zubair, which was made available to Freedom Post on Friday.
According to Kayode Oyin-Zubair, it is demeaning for any politician seeking votes to run down Igbaja people as “unproductive” for a mere effort of replacing a water tank that ab initio was funded by federal government of Nigeria.
Going down the memory lane, Oyin- Zubar recalled that Alhaji Yusuf Olaiya as at 1981 sunk a motorized borehole that was reticulated to cover more than 2kms of the town. That intervention alone served Igbaja central mosque amongst others.
There are more than two dozens of privately sunk boreholes in Igbaja town by her illustrious sons and daughters before the overzealous candidate of the opposition party sunk his ill-sited project which apparently was meant for the eyes few years ago.
He claimed to have also sunk one to serve a settlement in the outskirt of Igbaja before him. Also, a senator before him had also sunk one in the heart of the community and we have been responsible for its maintenance since 2003.
“Why must we be insulted by a senator who facilitated a project fully funded by FGN and now being repaired because he is seeking votes to return to an office; same office he was thrown out few years back?” He asked.
The entire community of Igbaja however, express gratitude  to the humble and people-centered Governor who has committed in excess of N20m to ensure every area of the ancient and prosperous town get water but has communicated same through His Royal Majesty, Elese of Igbaja when the Governor paid him homage recently.
The statement reads further, “We caution men of yesterday whose hands were washed off Kwara patrimony and its administration through the ballots to learn how to appeal to the reasoning of the people than trampling on their corporate integrity and heritage.
As members of this administration we have attracted more enterprises to our community because we are naturally an industrious people.
“Today, there is a distributorship outlet of major households manufacturing companies in Nigeria like Unilever, Nestle, Colgate and others. While one of us pushed TVS 3s (manufacturers of tricycles and motorcycles) center to Offa, Hero motorcycle  (an Indian company) has one of its outlets in Nigeria situated at Igbaja to sell new motorcycles to Kwarans. Many thanks to members of 9th Assembly that bought more than 150 units from the Igbaja center.
“It will interest the naysayers to note that, Igbaja street light project was kick-started by one of us in government with a seed fund of N500,000 in year 2020. We acknowledge with deep appreciation the donation of N10m by Governor AbdulRahman AbdulRazaq when rainstorm ravaged our community recently. That gesture was equally complemented by one of us in government with N750,000. We have always been alive to our responsibilities as ambassadors of Igbaja in government in particular, and Kwara State in general.
“The time for stock taking is near and we shall be available to tell how our three years or full cycle of the first term have helped to put our people on the path of shared prosperity. A part different from when hand outs were deployed to curry votes”, he concluded.
Kindly share this story:
Share 0 FacebookTwitterWhatsappEmail
previous post