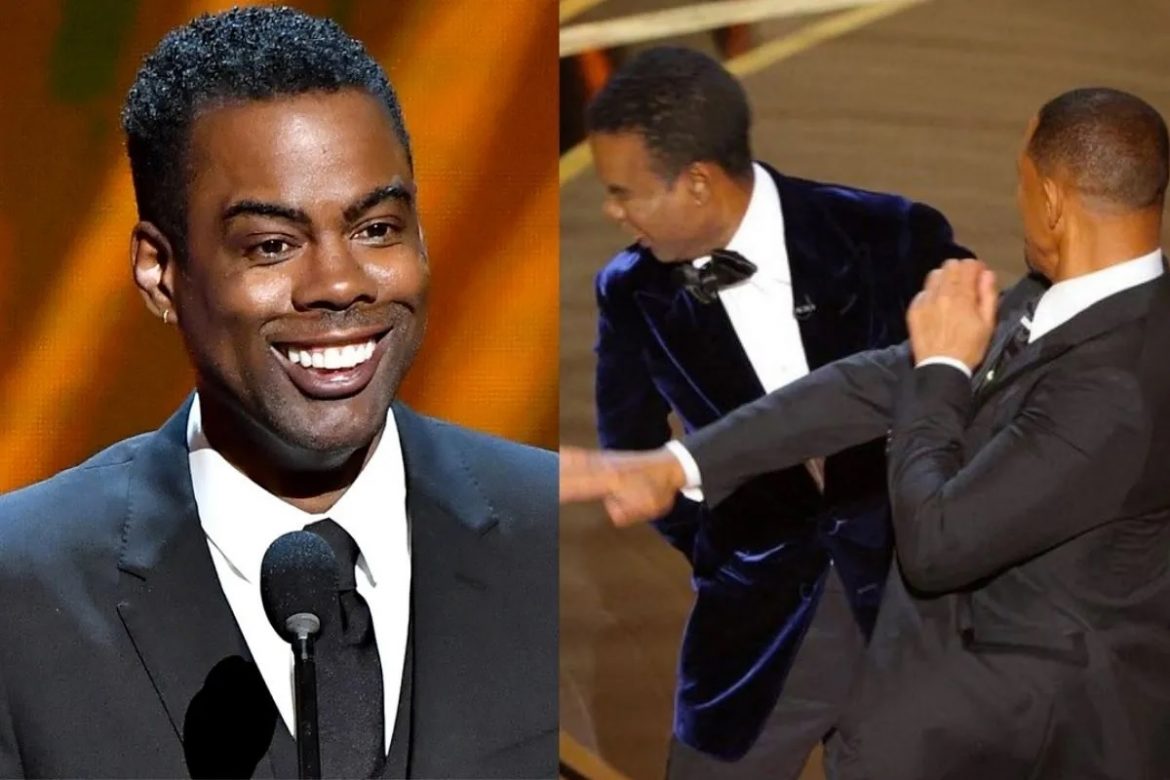 Share 0FacebookTwitterWhatsappEmail
Kindly share this story:
American comedian Chris Rock says he won’t be talking about his Oscars incident, where actor Will Smith slapped him, unless he was getting paid for it.
According to a report by Palm Springs Desert Sun, the comedian who is currently on a tour, told the live audience during one of his comedy sets in Indio, California on April 8, that he would not speak on the matter till he was compensated.
“I’m OK. I have a whole show, and I’m not talking about that until I get paid. Life is good. I got my hearing back,” he said.
Chris has remained silent over the incident, except for an earlier statement on March 30, where he said he was “still kinda processing what happened”.
It is unclear whether his ccomment meant he is waiting for a network company to pay for a sit-down, plans to file a suit against Will or maybe joking about the event.
by
Jide Ajayi
Kindly share this story:
Share 0 FacebookTwitterWhatsappEmail
previous post