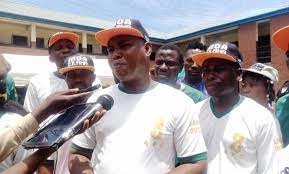 Coordinator for Obasa Movement in Orile/Apapa area of Lagos, Hon. Mutiu Alimi has promised not to join the fray of vote-buying before winning the Lagos assembly seat.

The U.K trained lawyer who declared his intention to vie for the Apapa Constituency II seat in the Lagos State House of Assembly in the 2023 elections, is contesting on the platform of the All Progressives Congress (APC)

Alimi said: “I can assure you in this local government, Alimi as a candidate of APC for Apapa Constituency II in Lagos assembly is an easy victory for the party. My people know that I have integrity and competence.

“The Nigerian electorate, especially people in this local government, are very conscious, they are willing and ready not to sell their votes.

“With all my political enlightenment, I know that what people are yearning for now is the competence of the candidate.

“They know that if a competent candidate is presented and wins the election, the right thing will be done in the constituency. We are not going to buy votes, people know what we are made of,” Mr. Alimi said.

The lawyer sought the support of party leaders and residents and pledged to use the office to empower the people and lobby development in the Apapa/Iganmu area.

He said efforts will be made to approach various companies within the constituency to wake them up to their social responsibility to better the lot of the masses.