…where the playing field is levelled
© 2022 | FREEDOM POST- All Right Reserved
Home » I will serve Nigerians with all my heart if elected president: Osinbajo
Politics

I will serve Nigerians with all my heart if elected president: Osinbajo 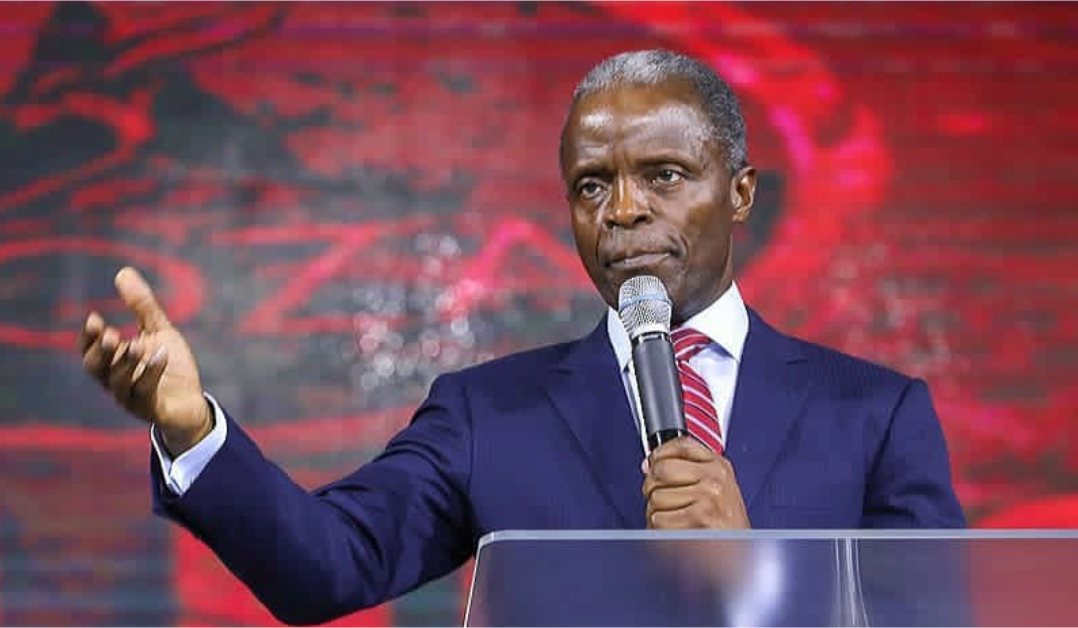 There is no greater privilege than to have the opportunity to give one’s best in the service of the country, contributing to society and making life better for the people, according to Vice President Yemi Osinbajo, SAN.

Prof. Osinbajo was speaking on Wednesday during his visits to Taraba and Adamawa States, in continuation of his engagements with stakeholders and delegates of the ruling All Progressives Congress (APC) in the States.

The VP was received in both States by their Governors, Darius Ishaku – Taraba; and Umaru Fintiri – Adamawa; as well as other senior state government officials, and excited residents and people in the States.

He also visited the Lamido Adamawa’s palace on arrival in the State.

According to the VP at the palace, “my reason for aspiring for the office of the President of Nigeria is to serve the Nigerian people. I have no other reason or objective except to serve.

“It is for the purpose of serving the people, and that is why I am so determined that if God gives me the opportunity to serve, the Nigerian people would realise indeed they have done the right thing by putting me in office because I would serve the country with everything, with all my heart and commitment.”

The VP was received at the Palace of the Lamido of Adamawa, by His Royal Highness, Muhammadu Mustapha, who recalled the VP’s chieftaincy title as the Jagaba of Adamawa. The monarch then prayed for the realization of the VP’s presidential aspiration.

“I hope your coming will add more light to Adamawa because you are the Jagaba of Adamawa. I hope you succeed in your efforts to become the President of this country. As long as when you’re coming to Adamawa, and with your visit to my palace, this will encourage people to see that you are really the Jagaba of Adamawa,” the Lamido said.

Also at the palace, Governor Fintiri welcomed the VP to the State, adding that “we pray that God will answer your heart’s desires. I also hope that the APC delegates will see the reason to put a square peg in a square hole. I welcome you to Adamawa and I wish you the best of luck.”

The Vice President thanked the monarch for his warm reception and prayed for his good health.

He also noted the continuing efforts of the administration of President Muhammadu Buhari in addressing the diverse challenges facing the country.

“God doesn’t give you a challenge without showing you how to solve them. I know all the efforts we are putting in place especially led by President Muhammadu Buhari, we will see an end to the insecurity in our country. In the next few years, God giving us the strength and opportunity, we will definitely see progress in our country,” Prof. Osinbajo stated.

“I want to say to our country that there is a lot of hope; this country has everything that is necessary to be great – the talents, resources and we also have the men and women who are able to serve. I am very optimistic that all will be well with our country.”

While addressing the delegates in both States, the VP acknowledged all the support that has been offered towards his presidential bid, while again emphasising that his sole purpose for seeking the highest office of the land, was purely to serve Nigeria and give his best for the country.

Emphasizing the importance of service to the people, Prof. Osinbajo stated that “one of the very important things I want to share with delegates anywhere I go is that the role of the politician is an important one.”

“God has given us an opportunity to serve, and that opportunity is one that we must treasure and thank God for. Out of so many people in the country, those of you who are here are those who have been chosen in one way or the other, appointed or elected.

“That position is not for our personal aggrandizement, it is to contribute to our society and make life better for our people. It is an opportunity to truly serve the people,” he noted.

During his meeting with the APC delegates, the Vice President took questions from the stakeholders, speaking on issues of national development, with a specific focus on different sectors, including agriculture, security, business and economy, youths, technology, health, education, social investment/welfare among others.

Later while addressing reporters after his interaction with delegates in both States, the Vice President expressed delight at the commendable support he’s been receiving from the delegates across the States.

First, in Taraba, he told the reporters, “we have had fruitful discussions and robust engagements, and all of it is directed at various ways we can do good things for our country and how we can make progress. I think that the future looks very bright indeed.”

Later in Adamawa he told the journalists at the end of the meeting that “the support here is very commendable and I am really excited to see all our party members who are here. We have had a very useful discussion and we have been able to talk about a wide variety of issues. We are all looking forward to much more progress in our country.”

The Vice President was accompanied on the trips by members of the National Assembly and other notable political leaders.

Igbo traders to Sanwo-Olu: ‘we want you again’