I am confident PDP will win Lagos- Atiku Abubakar 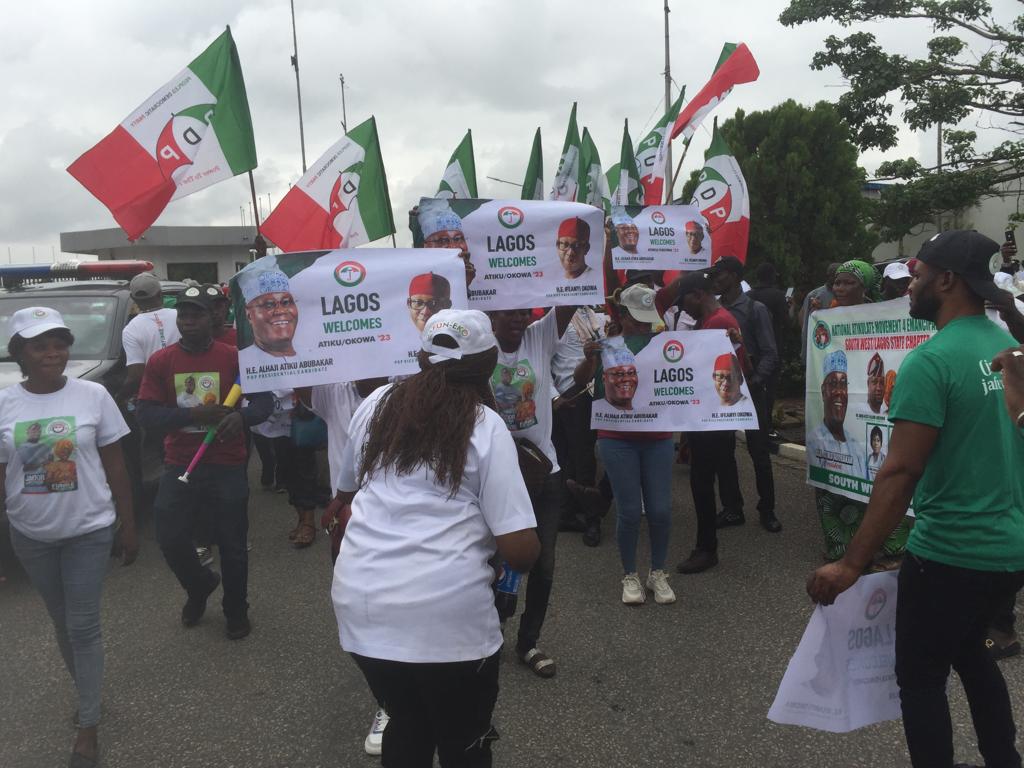 The presidential candidate of the Peoples Democratic party (PDP), Mr Atiku Abubakar has said he is confident his party would win Lagos in the next general elections.

Atiku said this during a stakeholders’ meeting with the party chieftains and members in Lagos on Tuesday.

“I need to first apologise for keeping you waiting all day long, thank you for your patience.

“In all my political career in the PDP, I have never seen Lagos being this mobilized. I am now confidence we are going to win Lagos.

“However, you need to work hard. we are ready to support you with everything to win Lagos, we will protect you, this time around, we will win Lagos. I have seen for myself, PDP is on ground in Lagos, that makes me believe Jandor is going to be the next governor of Lagos State”, he said.

Earlier, the chieftains and members of the party waited at the Muritala Mohammed International Airport as early as 7.00 a.m. to welcome the presidential candidate of the PDP before moving to Federal Palace Hotel, the venue of the meeting.

Meanwhile, after leaving the airport, Atiku went to Lagos Chambers of Commerce and Industries (LCCI) where he met with the business community to present his plans to take the country out of economic doldrums.

“I am not here to take the shine off the presidential candidate of our party who is here to meet with you. These are our people who have been waiting for the man who will rescue them from the poverty induced by the present administration”, said Adediran.

He, however clarified that the purpose of the meeting was not for campaign but just an interactive meeting with the party stakeholders in the state.

In Atiku’s entourage were; Babangida Aliyu, Niger State governor; Raymond Dopesi, a chieftain of the party; Senator Dino Melayi; the Lagos PDP chairman, Philip Aivoji; the governorship candidate of the PDP, Olajide Adediran and his running mate, Funke Akindele, among others.