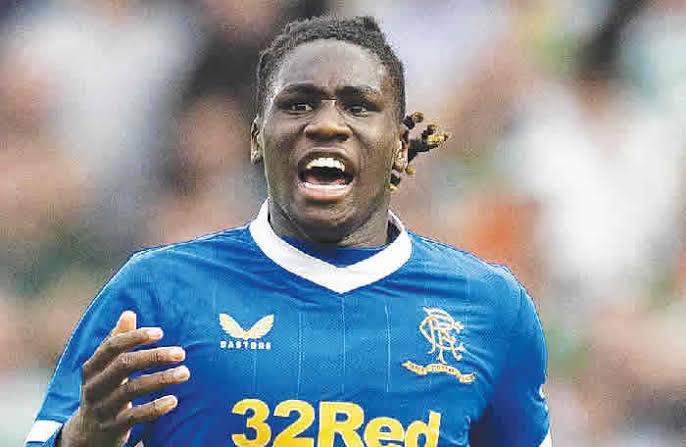 After completing a €23m transfer move to Ajax Amsterdam to become Nigeria’s most expensive defender, Super Eagles defender Calvin Bassey has opened up on how he almost quit football at 15.

The new Ajax acquisition revealed this in an interview with Voetbal International.

The 23-year-old was born in Aosta, Italy, but moved to England with his parents and looked to combine football with his education.

The former Glasgow Rangers man had a fantastic 2021/22 campaign with the Gers, leading them to the final of the Europa League, where they lost to Frankfurt on penalties.

Despite the defeat, the defender was voted the best player in the game following his impressive display.

Speaking with the Dutch website, Bassey reflected on his career where he almost gave up playing football to sign for Ajax.

“It was summer and I didn’t have a professional club. In those years I played in London for various amateur teams and played a lot of street football. For me football was everything. My mother insisted that I should do my best in school, that was my future. I did, I followed all the lessons with interest, but once I got out of school I grabbed the ball and I was on my way.”

At 15, Bassey began to think more and more about his future.

He added, “I had already resigned myself to the fact that that opportunity would never come again. I decided to focus even more on school and to stop playing football at a club, until that summer suddenly a message came from Leicester City that they had seen me play and they wanted to give me a chance. That took a radical turn. Finally, my dream of becoming a professional football player came closer.

“I had to make that sacrifice because this was what I wanted so badly. Playing football in a professional environment, getting the opportunity that so many talents want in London. Everything had to give way to succeed, and that included missing my friends and family in London.”