…where the playing field is levelled
© 2022 | FREEDOM POST- All Right Reserved
Home » How Primate Ayodele foretold the impeachment move and The survival of South Africa President, Cyril Ramaphosa
Faith

How Primate Ayodele foretold the impeachment move and The survival of South Africa President, Cyril Ramaphosa 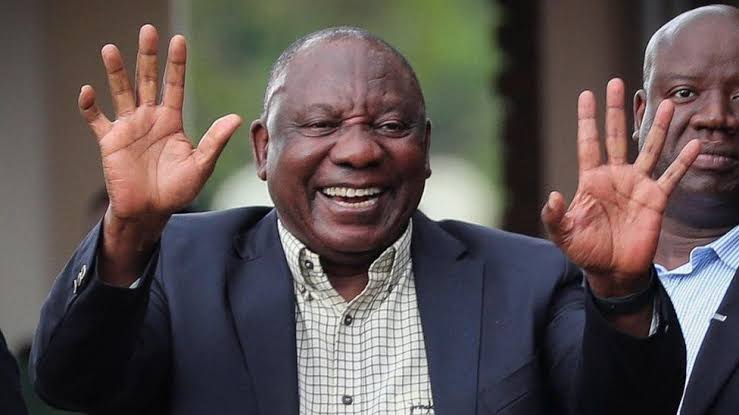 The president of South Africa, Cyril Ramaphosa has just had a very close shave with an impeachment that would have ultimately sent him out of office. He has been in the news lately for corruption charges.

If only Cyril Ramaphosa is one who has ears for spiritual warnings, He would have listened to the prophecy of Nigerian prophet, Primate Elijah Ayodele about his administration as president. Primate Ayodele has forewarned all of these crises since 2021 and still gave a prophetic update on it before it started happening.

“South Africa president, Cyril Ramaphosa will face several challenges in his party, they will kick against him within his party and those he never expected will rise against him. He will cause political tension in South Africa, I see killings, troubles, and disorderliness in the country. The president must pray against antagonists. There will be rowdy session in the house because there will be moves against him even as he will come up with unpopular policy that will affect his government.’’(https://theeagleonline.com.ng/primate-ayodele-sends-warnings-to-libya-egypt-sierra-leone-benin-republic-ghana-others/)

After this prophecy came to pass with the impeachment moves against the president, Primate Ayodele revealed again few weeks ago in a tiktok video that was uploaded on his page that President Cyril will escape the impeachment attempts for some reasons he stated but he also warned that more crisis will still emerge.

‘’He may escape the impeachment threat because I see money exchanging hands but it won’t stop his political career from being ruined. It’s either he leaves the throne honourably because any efforts to elongate his term will be suicidal to the country. The corruption case cannot be erased, it will always come up’’.

It is not out of point to note that Primate Ayodele accurately foretold the troubles facing President Cyril Ramaphosa and even though he foretold him surviving the impeachment threat, He still revealed more warnings for the president which will eventually come to pass if nothing is done.

Primate Ayodele is known not just for his prophecies but for their accurate fulfillment. The man of God churns out prophecies every day in a mysterious manner. Apart from the everyday prophecies, Primate Ayodele has another set of prophecies periodically; New Year prophecies and Warning To The Nations prophecy book that he releases at the middle of the year.