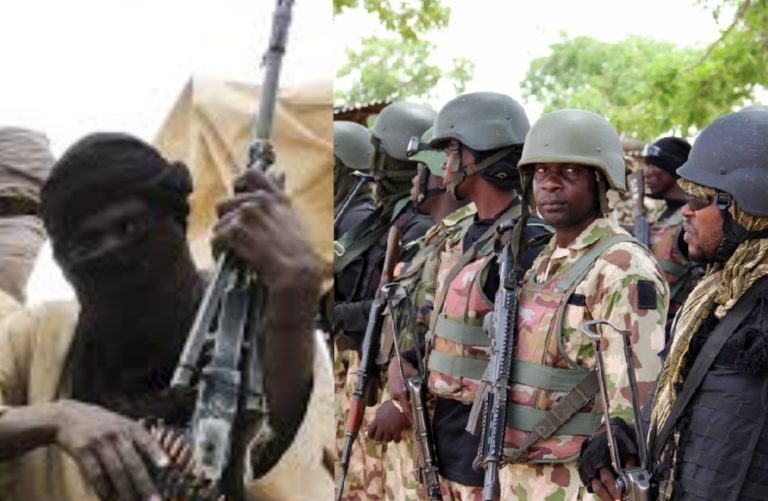 There is a report exposing how Nigerian soldiers took cuts in the ransom paid by one of the passengers seized by bandits who intercepted a Kaduna-bound train on March 28.

Deji Oyewunmi, a manager at Iris Smart Technologies, an immigration contractor in charge of international passport printing and distribution, was one of the three victims released on Monday by armed groups after paying a N100 million ransom. It was unclear how much the other victims paid, but one of them said the Buhari regime has no input in the efforts that yielded his release.

The Gazette learnt that Mr Oyewunmi’s firm raised N60 million, while the remaining N40 million came from a coalition of friends and family. At least two people directly involved in the fund-raising and release activities told The Gazette anonymously how Nigerian soldiers shared in the ransom.

“After we did all the consultations and we arranged. the N100 million cash for the bandits, we met some Nigerian soldiers at several checkpoints leading to the forests in Kajuru, and they collected large amounts ranging from N100,000 to N220,000,” a source familiar with the matter said. “They were boldly telling us that it was their share of the ransom and the bandits would understand.”

“We were short about N700,000 from the N100 million by the time we got to the bandits,” the source added. “We were all ashamed that Nigerian soldiers had the audacity to openly collect their own share because they were laughing and mocking us at the checkpoints that it was their own share of the ransom we were taking to the bandits.”

Another source said some of the soldiers sympathised with the victims and their relatives affected by the mass abduction but said they had also been in the trenches for months without adequate supplies.

“Some of the soldiers said they were sent to guard the forests in Niger, Kaduna and other states because of bandits but they were not properly armed and no food for them,” the source said. “They said the military generals abandoned them in the forests to the awareness of even the bandits.”

A spokesman for the Nigerian Army did not return requests seeking comments regarding what the headquarters might have been told about the extortion activities and welfare of soldiers deployed in the troubled North-West.

Following his release on July 25, Mr Oyewunmi was immediately transferred to the hospital for proper recovery because he was “totally emaciated” after spending 119 days in custody. His friends and family in Lagos could not see him because he could not recognise anybody again. It was so bad.

At least 64 people were abducted, but only about two dozen had so far been freed, leaving about 40 victims, including women and children, with the violent groups. President Muhammadu Buhari has repeatedly said he was trying to free all citizens in captivity but said he was handicapped by the risks of civilian casualties in the event of a military bombardment of the captors’ hideouts.

How we are going to use NAFEST 2022 to unite Nigeria: Sanwo-Olu