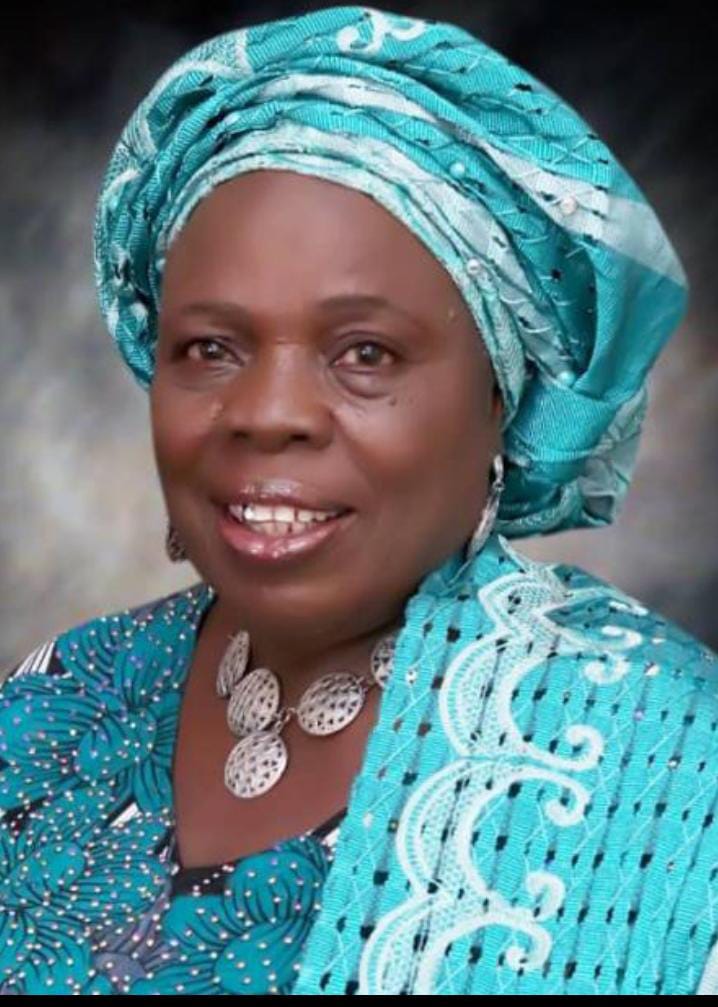 Amuwo Odofin Merit Group a community based socio-political group has passed a vote of confidence on Alhaja Memunat Ajao the Chairman of the All Progressives Congress and Apex Leaders Caucus in Amuwo Odofin Local Government Area, describing alleged moves to oust her off her position by some characters loyal to the incumbent council Chairman Engr Valentine Buraimoh,as a ill wind that will bring the party no good if not checked immediately.

The group in a statement issued by its spokesperson Comrade Abiodun Abegunde cited instances of Alhaja Ajao’s unwavering commitments geared towards ensuring total victory for the party in time past, while urging the APC State Chairman Pastor Cornelius Ojelabi never to give in to pressures targeted at maligning her person, notes that it all boils down to moves to hijack envisaged campaign funds and divert for personal use.

“Our attention has been drawn to the evil orchestration of some persons being sponsored by the Executive Chairman of Amuwo Odofin Local Government Area to disrupt the peace enjoyed in the All Progressives Congress, Amuwo Odofin Chapter.

“You will recall that a similar attempt was made a few weeks ago but Alhaja Memunat Ajao dexterously managed the situation.

“We just learnt that they have regrouped with the intention to intimidate and malign her personality before the State Executive Council of All Progressives Congress under the able and working leadership of Pastor Cornelius Ojelabi.”
The group further frowned at the untoward mien of many whom Alhaja Ajao had helped to attain a leadership position at one point or the other, ganging up against her to gain favours from the council Chairman.

“It is on record how the Apex Leaders Caucus under the leadership of Alhaja Memunat Ajao have coordinated the activities of the party. She is well known across the various interest groups in Amuwo Odofin as a selfless progressive political leader.

“Quite unfortunate that those instigating this crisis have forgotten so quickly how Alhaja Memunat Ajao used her goodwill and finances in supporting them to hold different political offices within Amuwo Odofin Local Government Area.

“We know Alhaja Memunat Ajao as the Chairman of Apex leaders that leads courageously by example. She is an embodiment of exemplary Leadership qualities in all she has been doing for our great party in Amuwo Odofin.

“ As a woman, she has represented the women folk justifiably. She is politically experienced to lead our great party to victory in all the elections in 2023.

“She is presently having profitable meetings with major ethnic groups in Amuwo Odofin Local Government Area geared towards our party’s victories. Unlike her detractors who have been benefitting from the goodwill of our party but nothing to reciprocate the good gestures.

“This ongoing attack against her respected personality stems from the group’s selfishly engineered intention to hijack and mismanage the campaign funds for the forthcoming 2023 general elections in Amuwo Odofin Local Government Area. These personalities cannot win elections for the party even among their immediate families.

“We are appealing to our respected and energetic State Chairman, Pastor Cornelius Ojelabi not to concede to their antics because they are out to destroy the party from within.

“ Our greatest pain is that this group is enjoying the grace and benevolence of Engr Valentine Buraimoh, the Executive Chairman of Amuwo Odofin Local Government Council to destroy the hard earned goodwill of the party. The victory of our party in all the 2023 general elections is not a priority to them.

“We are also using this avenue to further reaffirm and reinforce our vote of confidence on Alhaja Memunat Ajao as the
“It is time for the State Leadership of the party to admonish Engr Valentine Buraimoh on the need to allow peace reign in the party as the 2023 general elections are approaching. Our loyalty to the All Progressives Congress in Lagos remains 0

Uzodimma to Special Citizens: You’re the reason for my government