…where the playing field is levelled
© 2022 | FREEDOM POST- All Right Reserved
Home » FROM OKEHO AHORO TO OKEHO ILE: A REVIEW OF THE OKEHO EXODUS
Education 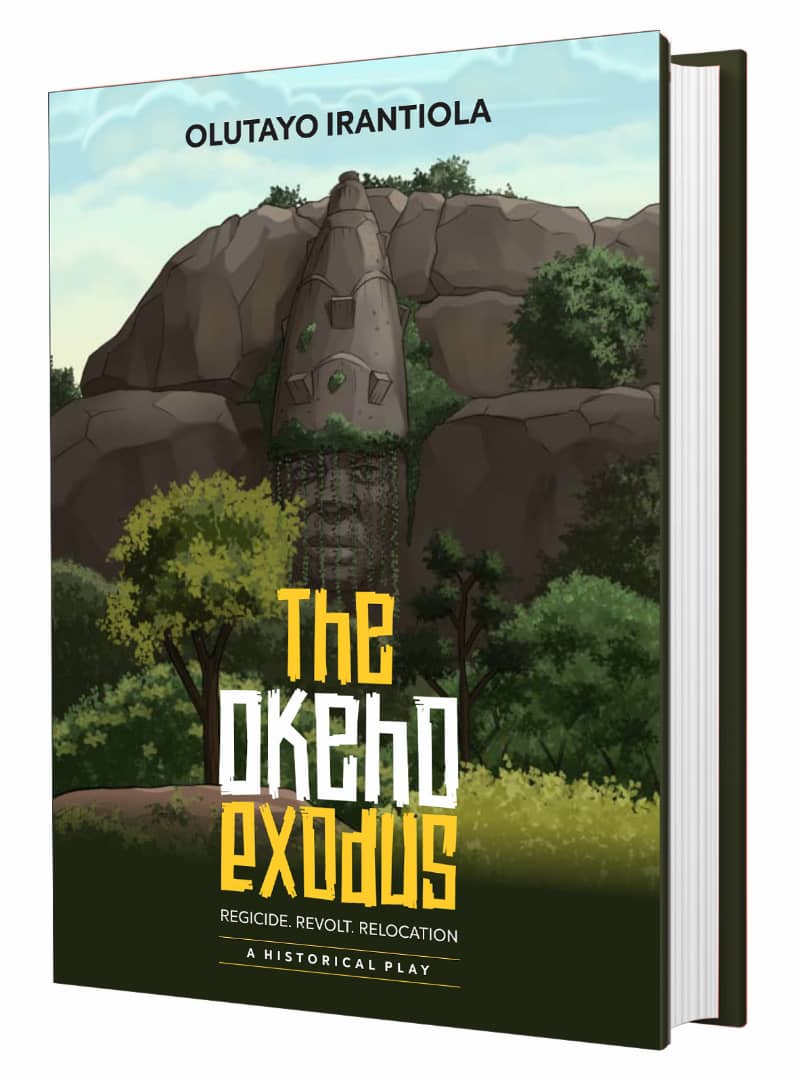 As a historian, I find it interesting to read Olutayo Irantiola ‘s book on The Okeho Exodus. I reviewed the book and I am pleased to say that we have own our story and it is good that we can recreate them for our pleasure and for the future.

While lecturing at Emmanuel Alayande College of Education, I had the cause to visit Okeho to supervise students on teaching practice. I also visited other towns in Oke-Ogun. In my travels around Oke-Ogun, I am distraught by the level of development in that region of Oyo State. I even wonder if Ibarapa and Oke Ogun regions are ever on the map of development in Oyo State.

Olutayo Irantiola’s play fiction the Okeho-Iseyin uprising of 1916 to narrate the everyday realities of major events that aggravated the chaos. It is pertinent to note that it coincided with the period of the first World War. Britain at this time used colonial laws to encapsulate the colonies.

The book gave the impression that encounters with the Fulani and Dahomey already influenced the internal security issues of the town and its environs. This can’t be downplayed because the Fulani and even Nupe have years of integration into the Oke-Ogun region. Of course, Prof. Babatunde Ayeleru’s inaugural lecture gives us the impression that the Dahomey/French influence remains relevant in some parts of Oke-Ogun region. Some doctoral students are also investigating the cross-border trade between Nigeria and Benin Republic via Oyo north.

The threats, then, made Oba Arilesire call for a common political identity between Okeho and the towns around. There was a merger that enabled cooperation against enemies. However, the death of the king and the emergence of Onjo Owolabi Olukitibi as the new king changed the status quo. Although the book gave the impression that the Ajele created havoc at this time, I disagree a bit because the Ajele was a revenue collection institution that existed since the eighteenth century. Little or nothing can the Onjo do to stop it. It is only the British policy of indirect rule that reinforced the Ajele. Taxation should not be the issue; the people were just estranged to the colonial influence on everyday life.

The uprising also emanated from rancor and mischief among the Baale. Pointedly, Baale Olele, Balogun Atilola, Alasia and Ba’Ogan were fingered as opposition to the reign of Onjo Owolabi Olukitibi. They wanted him out because he was considered an agent of colonial imposition.

The schema headed by Baale Olele was possible because the citizens preferred the traditional lifestyle. The book gave the impression that there was opposition to colonial rules against open defecation, thus compelling them to build toilets in their homes. Vaccination of children was also considered taboo as it was believed that it will affect their brains.

Courts were established and it was considered a big threat to the existing gender relations. Women used the courts to snap out of oppression as they sought for divorce. To men,  oppression is normal and should not be questioned. Statistics from the archives I used in my book: The Women Went Radical: Petition Writing and Colonial State in Southwestern Nigeria, 1900-1953 attest to this because Okeho and Iseyin had high rates of divorce in the 1940s.

Furthermore, Christianity was a threat as the custodian of traditional religion believed that the missionaries were causing havoc to the belief system. Men worked as laborers to survive the colonial economy and the scope of authority that gave powers to the police angered them. The policemen (Akoda) were considered traitors.

Scholars have opinions on the issues, but the book sets us into an interesting fiction. Mofeyisara Oluwatoyin Omobowale in “Okeho Uprising” in the International Encyclopedia of Revolution and Protest concluded that the uprising was brutally suppressed. Prof. J. A. Atanda in the article: “The Iseyin-Okeiho Rising of 1916: An Example of Socio-Political Conflict in Colonial Nigeria” published in the Journal of Historical Society of Nigeria, 1969 affirms that taxation was not the problem, but just a revolt against colonial imposition to all spheres of life.

The schema extended to Iseyin as the uprising was jointly executed to wipe out Onjo Olukitibi, the queen and the prince. Captain Ross responded swiftly by mobilizing the colonial army to capture Baale Olele and cohorts. They were sentenced to death by hanging.

The chaos led to the disruption that made colonial rule more pronounced. The people were compelled to move from Okeho Ahoro, the site of the uprising to Okeho Ile to ensure effective monitoring by the colonial state.

I will like to mention that I appreciated my friends at the University of Ilorin who chose to return home after their studies. A number of them insisted that they will be back home to teach, farm or work with the local government. I appreciate their patriotism! It also dawned on me that I also feel the same way about Ibadan city as my home.

Dr. Mutiat Titilope Oladejo is of the Department of History, University of Ibadan.