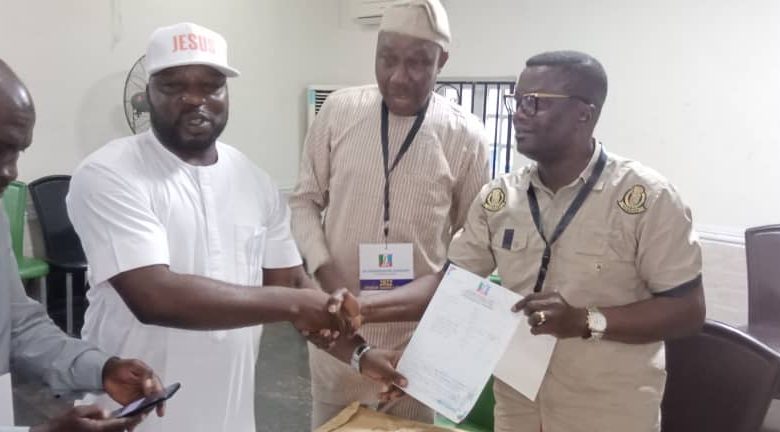 Share 0FacebookTwitterWhatsappEmail
Kindly share this story:
Residents of Amuwo-Odofin constituency 1 in Lagos state have commended the leadership of the All Progressives Congress (APC) for allowing their wish to prevail in the House of Assembly primaries held on Friday.
The residents under the aegies of Amuwo-Odofin Intellectuals For Good Governance (AOIGG) in a statement issued on Saturday by its Publicity Secretary, Mr Mike Wolemode, said the emergence of Mr Olaitan Folorunsho as the party’s candidate for Lagos state House of Assembly election in 2023 was a true reflection of the votes cast by the delegates.
AOIGG said ” As stakeholders in the constituency and that have been keenly monitoring the activities of our representatives both at the state and national level, we deem it fit to observe the APC primaries process and we applaud the leadership of the party for allowing the vote of the delegates count.
” We have always been agitating for peoples-oriented lawmaker in the House of Assembly. The victory of Mr Folorunsho is highly welcomed and we assure the party that even as non-partisan group, we will openly campaign for the victory of the APC in 2023″, said the AOIGG.
” The delegates have done what we planned to do in the 2023 general elections had it been the incumbent state lawmaker, Alli-Macaulay is imposed on the constituency because she performed below expectations of the constituents.
” We shall continue to monitor the situation of things in the constituency even as our choice has won the party’s ticket because we will not entertain any dubious moves to substitute Mr Folorunsho’s name for any aspirant most especially the failed lawmaker”, said Amuwo-Odofin Intellectuals. 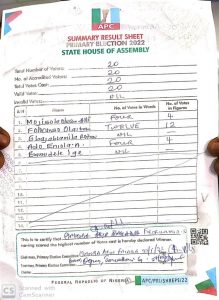