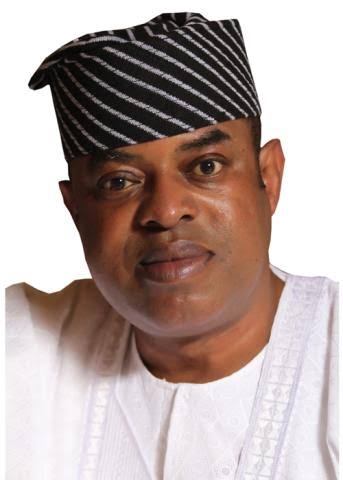 The Federal Housing Authority (FHA) management has refuted a media claims alleging that it was involved in land grabbing in the Federal Capital Territory (FCT).

In a reaction tagged; “Re: FCT Christian Elders Want Presidency, IGP To Probe FHA Over Alleged Land Grabbing,” the authority said that Miracle City Church (Ambassador Royal Ministries) did not present the true picture of what transpired between the church and FHA over a piece of land in the FCT.

“The attention of Management has been drawn to a malicious publication in the Leadership newspaper of Monday, 18th July, 2022, with the caption :” FCT Christian Elders Want Presidency, IGP To Probe FHA Over Alleged Land Grabbing.”

“While the Authority would not want to go into any sub-judicial issue over a matter which is already in court, it is pertinent that we set records straight to clear the emotional blackmail against Federal Housing Authority by the Miracle City Church (Ambassador Royal Ministries), in connivance with the FCT Christian Elders Forum.

“FHA has started undergoing a process repositioning in all areas of its operations, since the assumption of office by the current Managing Director, Senator Gbenga Ashafa,” the statement, which was made available to journalists, read.

It was added in the statement that the process has led to the elimination of fraudulent acquisition of lands and properties, as was the case in the past.
FHA said that the exercise, which started from Abuja, FCT and Lagos, South West zone, where the cases are most, has spread to the other zones.

FHA stressed that “it is unfortunate that the Authorities of the Miracle City Church, decided to toe the line of blackmail and gang up in dealing with the case of illegal and fraudulent land grabbing they are enmeshed in.

“We are putting it unequivocally that the Church has no valid title on the 15,000sq meters of land it is claiming.

“It has no approved building plan, neither can it boast of receipts of payment or genuine survey plans.

“Federal Housing Authority as a government agency, has legitimately laid down procedures for land allocation. The Church has no evidence of any of these processes.”

The Authority said further that the honourable and honest thing expected of the Miracle City Church, is to make public their valid Land Allocation papers, Approved building plan, evidence of payments on the land, “before crying foul. FHA as a responsible government agency, statutorily has the responsibility of embarking on Development Control measures in her estates.”

“These include serving of Stop Work orders to control contravention and illegal developments. For Miracle City Church to bring in the FCT Christian Elders Forum in a case of forgery and fraud, to whip up public sentiments and score cheap blackmail is most unfortunate and height of deceit.

“It becomes more degrading that a respected body like the FCT Christian Elders Forum could succumb to such ignoble scheming, aimed to perpetrate and cover fraud.

“What is expected of such a revered body like the FCT Christian Elders Forum is to have come to FHA for proper fact finding, and not to be used for frivolous blackmail of the Authority’s staff and members of the police, who are investigating the current case of serial forgery against the church.

“A typical case is that of Supol Adinya, who is currently in charge of investigating the current case against the church.It is most unfortunate that a Christian body that ordinarily should be guided by the principle of truth and fairness, should align itself to make spurious and unfounded allegations of witch hunt of churches by FHA.

“The Authority as a matter of policy has provisions in her estates across the nation for both Christians and Muslims. There are a lot of churches in Gwarinpa Estate, Abuja, with genuine title documents.

“The allegation that FHA is witchunting Christians therefore is ridiculous and most unfounded.
The Authority will not be deterred by these antics in ensuring that all government properties taken illegally are recovered in all her Estates,” the statement read.