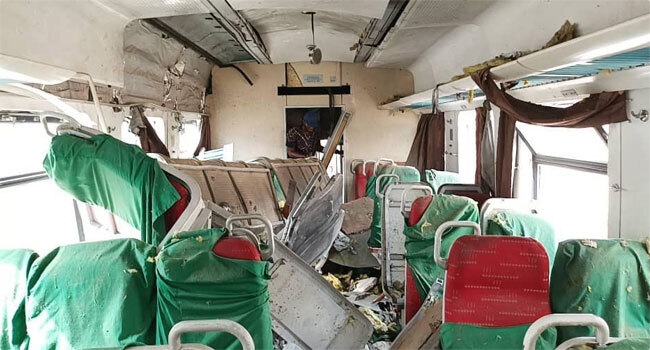 Families of the abducted Abuja-Kaduna train passengers have raised concerns over the health conditions of those remaining in captivity.

This was even as they revealed that those who had been released had yet to fully recuperate.

Not less than 61 passengers were abducted during an attack on the Abuja-Kaduna train on March 28.

A total of 34 abducted passengers have so far been released.

A former negotiator between the abductors and the passengers, Tukur Mamu, had on Wednesday, raised the alarm that the remaining 27 passengers were in critical conditions.

He said, “The recent news dampened our spirits. The news first came that they had all been rescued and we were preparing to go and receive them.

Speaking with our correspondent on Thursday, Ibrahim Ahmed, whose sister is still in the kidnapper’s den, said the news affected the spirits of members of his family.

“To our shock, we were later told that they are still with the kidnappers and we were told they are sick. It is very scary. We were also worried because since yesterday (Tuesday), we have been unable to reach Mamu.”

Also, the leader of the affected families, Aminu Othman, said families were concerned about the health conditions of those still in captivity.

He said, “Those that were released have not fully recuperated. I can confirm to you that most of those released are still contending with various health issues. You can’t expect someone who has spent 140 days in the bush to be in good shape.

“We are worried about their health. We just hope that they will return safely. I don’t want to talk about whether the ransom has been reduced. You can talk to Mamu on that. I am sure Gumi has been sympathetic to us. It is all about pleading for help.”