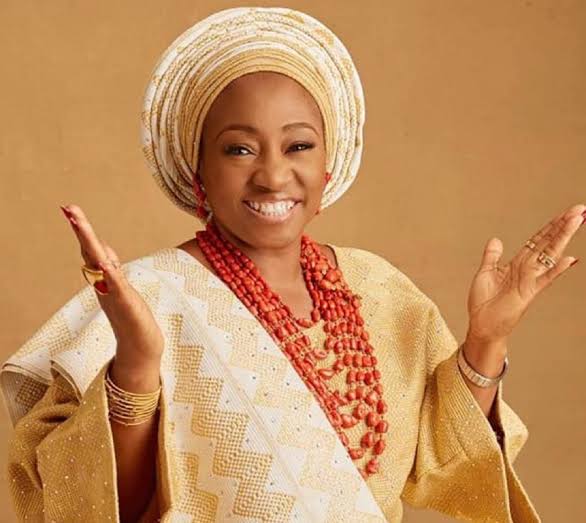 Share 0FacebookTwitterWhatsappEmail
Kindly share this story:
Ekiti State Governor- elect, Mr Biodun Abayomi Oyebanji, has said the All Progressives Congress (APC), in the state, owes the First Lady,  Erelu Bisi Fayemi, a debt of gratitude for her invaluable contributions to the electioneering activities that led  to the party’s landslide victory in the June 18 governorship election.
The Governor-elect disclosed this on Monday during a “thank you” meeting  with members of Ekiti APC Women Campaign Council in Ado- Ekiti, in company with his wife, Dr ( Mrs) Olayemi Oyebanji;  deputy Governor-elect, Chief(Mrs) Monisade Afuye,  APC  state Chairman, Barrister Paul Omotosho and other party leaders.
Oyebanji who relayed the mother-son relationship that exist between him ann Erelu Fayemi, described her as a  great asset and pillar of support to the party and the outgoing administration in Ekiti State.
“Today is a special day. It is a bit emotional for me to be here because I know and appreciate  the sacrifice made by women of our great party to make sure we win the June 18 election. In particular, Erelu Bisi Fayemi, who has consistently played the role of a mother lived up to expectation, before, during and after the election. We can’t thank you enough ma.
“There is no doubting the fact that, Erelu is a mother to me. She is not just a mother to me but a great asset and pillar of support to the party and this present administration. Erelu guided the party very well.
“She played a significant role that led to the victory of the party in the last election. Like an angel, Erelu appeared to us when the need arose, like a woman who saw tomorrow. She  understands the importance of continuity and guided our great party to achieve it. To this end, APC in Ekiti owes her a debt of gratitude”
The Governor-elect noted  the dedication of the Women Campaign Council, especially the way they  traversed all the farmsteads in the state to solicit support for the party. He added that the landslide victory recorded by the party can be linked to their commitment. He therefore promised to make them proud.
“In the build up to the election, we were also concerned about primary elections for the our party’s presidential candidate and other elective posts from the state to federal.   This  affected our campaign so much but our ever-dedicated Women Campaign Council filled the gap.
The only way to thank Her Excellency is to ensure that I take care of not only her women political lieutenants but the entire Ekiti women.    All issues that concern women will be put in the front burner in our administration, that I can assure you all.”
The Governor-elect also re-affirmed his commitment to maintain a  cordial relationship with Erelu and her husband, Dr. John Kayode Fayemi.
“My commitment to Erelu and her husband is armoured built. Nothing will come between us.
Responding on behalf of the campaign council, Erelu Fayemi gave gratitude to God for the landslide victory recorded by the party in the June 18 governorship election. She also commended the women council.
The first lady stated further that she supported BAO because she found him trustworthy to continue with the legacies of her husband.
“Today’s event is significant because women from outside the state have been calling us to share our experience during the campaign. But to start with, I thank God that He has made this possible.
“Yes, it is true that BAO is my ‘son’ and of course my favoured candidate but there wouldn’t have been any difference if the party and the people didn’t accept him. Among other qualities, I found BAO as a trustworthy person who could continue with good legacies of Dr. Fayemi”
Erelu called on the Governor-elect to prioritize women’s welfare and give them sense of belonging in his administration.
To drive home her point, the first lady presented a report of the activities of the Women Campaign Council and a big campaign photo log that showcased all the campaign activities to the Governor-elect, amid thunderous applause by members of the women campaign Council and party members present at the meeting.
Kindly share this story:
Share 0 FacebookTwitterWhatsappEmail
previous post