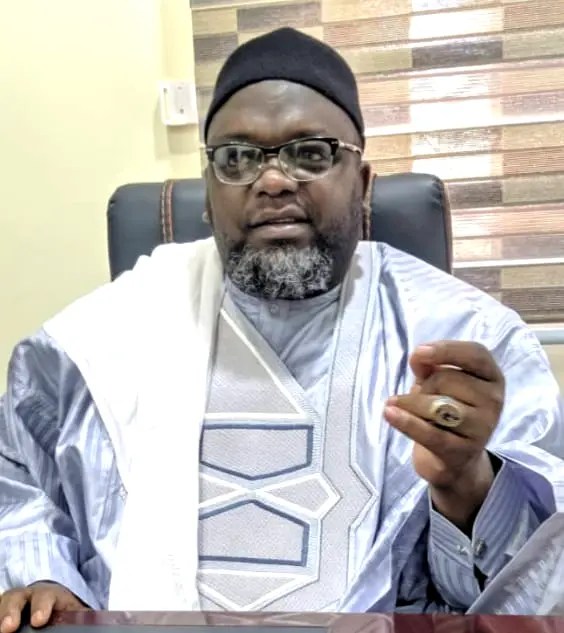 The Department of State Services has explained why the lead negotiator between the terrorists and passengers kidnapped from the attacked Abuja-Kaduna train, Alhaji Tukur Mamu, was arrested.

The terrorists’ negotiator was arrested in Egypt alongside his family members. Mamu was on his way to Saudi Arabia for the lesser Hajj when he was detained at the Cairo International Airport.

Mamu’s arrest was coming a few days after the All Progressives Congress vice-presidential candidate, Kashim Shettima, visited the publisher and Sheikh Gumi in Kaduna State.

The ex-negotiator personally shared pictures of the visit with our correspondent on Monday. Confirming Mamu’s arrest, the Management of the Desert Herald Newspaper, said the arrest was an attempt to intimidate its publisher (Mamu).

In a statement on Wednesday by its Head, Special Projects, Ibrahim Mada, the management accused the Federal Government of contriving the arrest, deportation of Mamu from Egypt to Nigeria.

“His patriotic mission to ensure the safety of the hapless passengers made him a target of blackmail by unscrupulous elements in the government who are hell-bent in punishing him for this noble but dangerous sacrifice for the fatherland. Such threats and intimidations have forced him to reveal on a number of times that his life was under serious threat.

“Due to numerous threats to his life and conspiracy from the side of security agents to frame him, he withdrew from the said negotiations but from his latest sojourn, it appears that those who are desperately praying for his head are still hell-bent in carrying out their odious dastardly plans.

“But it is our fervent hope that the evil machination of these desperate elements will be nixed by the fact that Allah is always by the side of the oppressed. This evil machination like the ones before it, shall also come to pass,” the statement read in part.

He noted that upon his return to the country on Wednesday, the DSS took Mamu into custody.

According to him, Mamu has some critical questions to answer on the ongoing investigations relating to some security matters in Nigeria.

The statement read, “The Department of State Services has been inundated with enquires in respect of the arrest or otherwise of Tukur Mamu, the self-acclaimed Kaduna Train hostage negotiator.

“This is to confirm that Mamu, as a person of interest, was intercepted by Nigeria’s foreign partners at Cairo, Egypt on 6th September, 2022 while on his way to Saudi Arabia.

“He has since been returned to the country, today, 7th September 2022 and taken into the Service’s custody.

“The act followed a request by Nigeria’s Military, Law Enforcement and Intelligence Community to their foreign partners to bring back Mamu to the country to answer critical questions on ongoing investigations relating to some security matters in parts of the country.

“The public may wish to note that the law will appropriately take its course.”