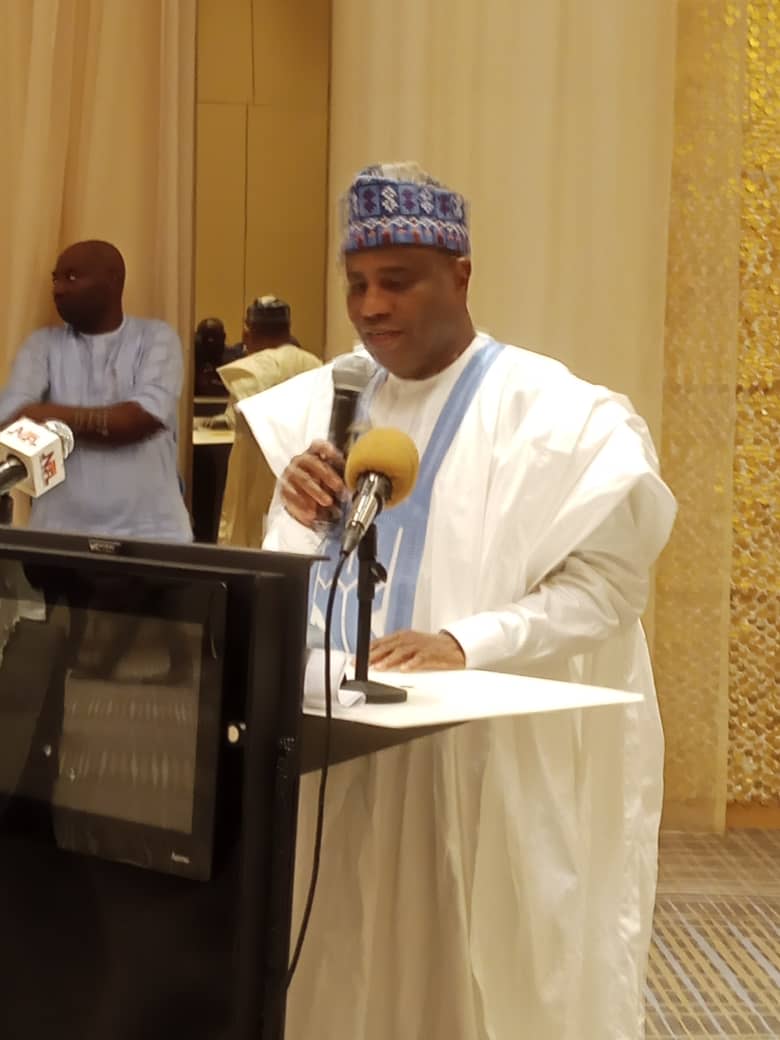 A presidential aspirant on the platform of the Peoples Democratic Party (PDP) and governor of Sokoto state, Rt (Hon) Aminu Tambuwal, has advised Lagos delegates to vote their conscience and not ‘moneybags’, saying that they should not mortgage the future of Nigeria and their children.

Tambuwal gave the advice while addressing the Lagos PDP delegates at a town hall meeting in Ikeja, Lagos.

He said that Nigeria must work for everyone again and that under his leadership the country would be united for progress.

The governor stated that there was a need for the country to address the insecurity and other challenges facing the nation, saying that the party should be united to rescue Nigeria.

He added ” We have never seen this kind of situation before where our unity is so threatened, where corruption has been taking to the next level. It is no safer to move freely around in the country. The primaries are the beginning of the process as PDP presidential aspirants take turns to lobby you.

” The presidential job is a tasking one and we cannot be experimenting anymore. Our standard-bearer must be clear with the party’s vision and understand the task ahead”.

Tambuwal said that he is equipped with the required knowledge to move them forward having served in the legislature and the executive and being a trained lawyer.

” I have the bridge between the old and the younger generation of Nigeria. What we lack in this country today is good leadership. We must consider aspirants who can win elections for the party. Age, capacity, character, and experience are factors to be considered in choosing our presidential candidate. I will never be a dictator.

He advised Lagos PDP to be united ahead of the 2023 general elections in order to wrestle power from the ruling All Progressives Congress (APC) in the state, adding that Lagos is crucial to the development and progress of the country.

” You have to work as a united family in Lagos. The state is important not to be left in the hands of the APC in 2023 and even at the center. With what I am seeing here, it shows the PDP is alive in Lagos state”, said Tambuwal.