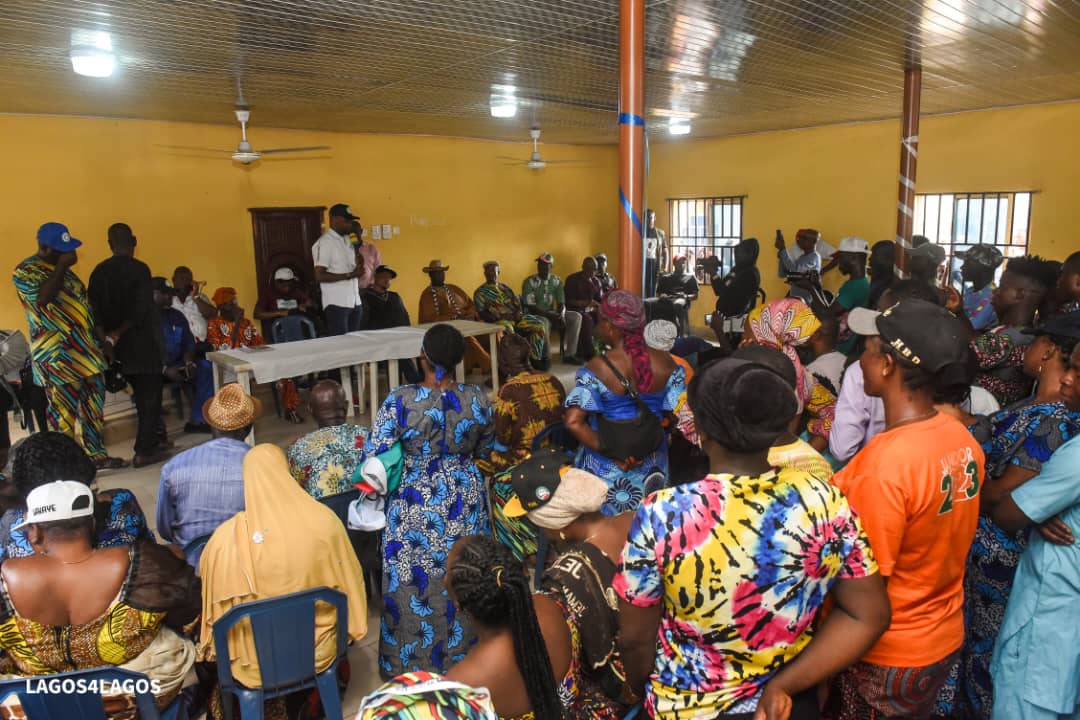 Despite the attack on the Campaign train of the Lagos PDP Governorship Candidate, Dr. Abdul-Azeez Adediran (Jandor) by political thugs on Sunday at Mowo area of Badagry, the candidate and his running mate, Ms Funke Akindele have remained undeterred as they moved to Ojo Local Government in their ward tour on Monday.

The attack which occurred at about 6:30p.m while the team was returning from a visitation to members of the party at Ikoga area, left some journalists and PDP supporters wounded and many vehicles damaged.
Refused to be intimidated by the attack allegedly sponsored by the loyalists of the ruling APC, Adediran, whose bullet proof vehicle was also damaged on Monday met with leagues of pastors in Ojo LGA while Akindele continued to visit markets in the area.

Adediran, in an interactive session with the league of pastors in Igbede/Iyana axis of Ojo Local Government, said that the state needed a breathe of fresh air that would make Lagos works for all and sundry.

According to him, the Badagry Division where Ojo LGA is also located has suffer long neglect, hence the need to support him as an indigene of Ojo LGA, to change the story of the division for better.

Promising free and compulsory education, security and massive infrastructural development, Adediran said that he would ensure that the wealth of the state work for the residents, especially the masses.

While at the palace of the Royal Majesty, Elekunpa of Ekunpa Kingdom, Oba Abu Kazeem Kosoko in Ojo Local Government Area, Adediran promised never to let the traditional institutions down.

He told the Oba that he would run a government of the masses that everyone would be proud of.

On her part, Akindele, who took campaign to Sibiri market, Ajangbado Market and Vesper Markets told the traders that JANDOR-led government would ensure better life and robust relationship economy.

She said that their administration would give women opportunity and ensure total inclusiveness.

Akindele said that JANDOR would implement 35 per cent affirmative action for women if elected.

JANDOR’s campaign team, which began touring of the 245 wards in the state starting from Alimosho Local Government on Wednesday, moved to Badagry on Saturday and Sunday before coming to Ojo LGA

The team has been visiting traditional rulers and other stakeholders.