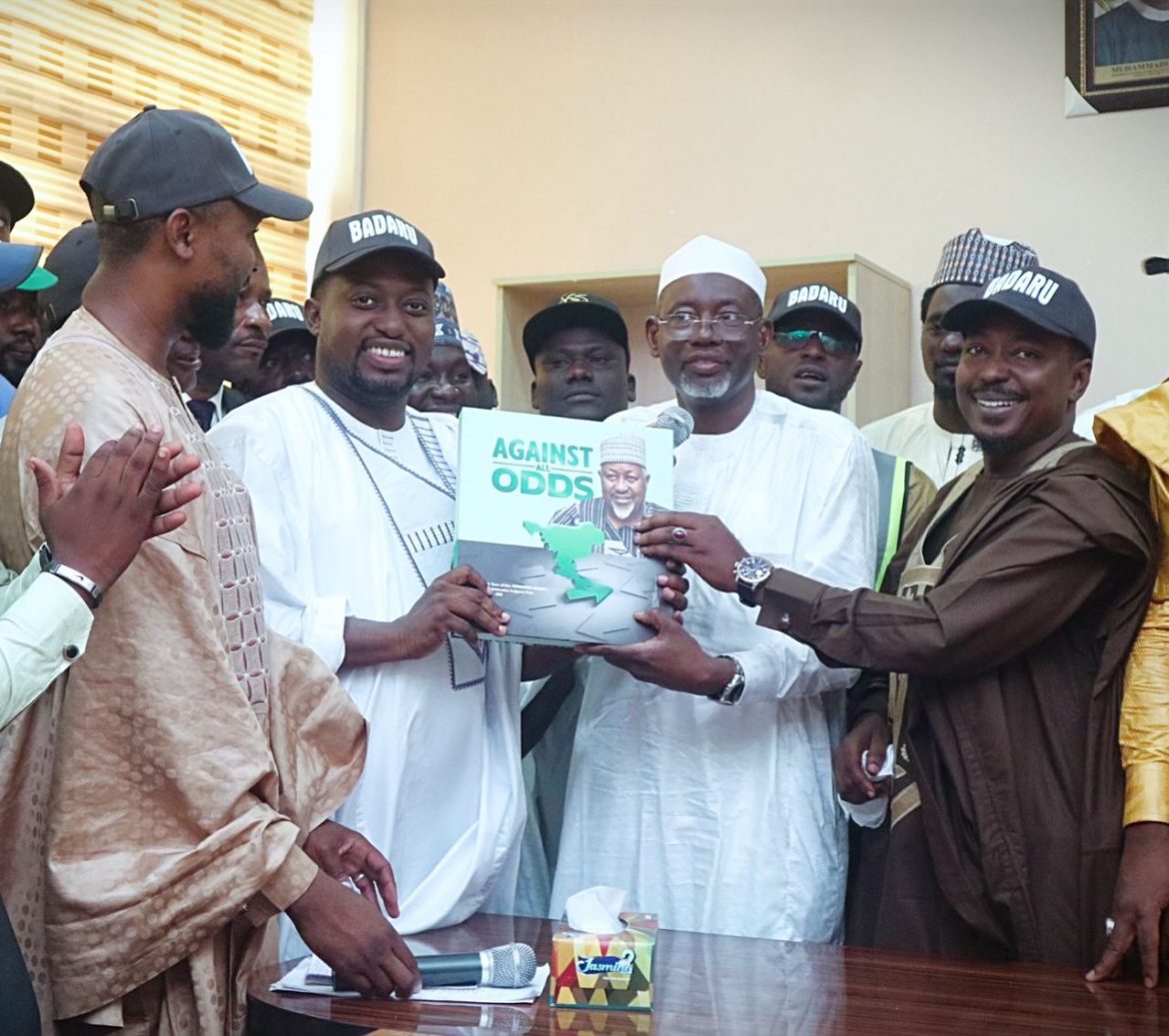 The National Youth Leader of the All Progressives Congress, Hon. Dayo Israel, has praised the governor of Jigawa State, Alhaji Badaru Abubakar, as an outstanding administrator and silent achiever whose giant strides justify his appointment as the northern coordinator of the party’s Presidential Campaign Council (PCC) and will ease his efforts toward securing the region for the party at the polls in 2023.

Dayo Israel made this known during a tour of some of the key projects of the Badaru-administration in Jigawa State where he is making an official visit as part of his ongoing nationwide youth mobilisation and energising tour.

He was at the GCC Granite Processing Company, a world-class model secondary school and other project sites across the state where, according to him, the “transformative touch of Governor Badaru Abubakar was evident and positively impacting the lives of the people.”

Offering a remark during a meeting with the Deputy Governor and APC Governorship candidate of the State, Malam Umar Namadi, the National Youth Leader praised the ‘silent achievements’ of the administration, including its ‘exemplary’ inclusion of young people which he says has placed the state on a ‘stable path of sustainable growth and development’.

He said “With all I’ve seen and heard since I touched down Jigawa State, my confidence in the ability of Governor Badaru Abubakar to deliver the entire northern region to the APC is made stronger. He is simply exceptional.”

“From the GCC Granite Company where locally-sourced resources are used to manufacture tiles and other materials that service demands across the country and provide over 200 direct jobs to the local populace, to world-class standard model schools in virtually all the LGAs of the state and skills acquisition programs offering a path to financial independence to young people and women, it is clear that Governor Badaru is solving the problems of today while also investing in the future.”

“I am particularly impressed that all of these have been achieved with the inclusion of young people. Governor Badaru is a worthy ambassador of the equitable representation we have been preaching across the country. His cabinet, aides, LG Council, and other appointees of government have over 50% representation of young people who are assigned crucial responsibilities of state and presented powerful platforms to prove themselves.”

“This is the generational balance that we speak of and a beautiful fulfilment of our mandate to ensure that young people within the party are given a voice and true sense of belonging. It gives me great joy to be able to reference Jigawa State in making a case for the wonderful things that happen when leaders give young people a chance.”

He also commended the Governor’s investments in education which saw the state attain a 79% pass rate in the last WAEC examination, making it one of the best performing states in the entire country.

“I am happy to learn that not a single child in Jigawa State receives learning instructions under a tree or in unconducive environments. Governor Badaru has invested in standard schools and classrooms in the entire state such that children in even the remotest parts of the state can enjoy formal education without traveling a long distance from home. This is an investment in the future and the people of Jigawa State will thank Governor Badaru for this remarkable legacy,” Dayo said.

He also noted that the Badaru-administration has also come in first position on three consecutive times in the World Bank Budget Transparency ranking for its transparent and prudent management of state resources. The State is only one of the few states in Nigeria to have achieved the presidential directive of one primary healthcare center in each ward, with additional specialist hospitals built in each zone to provide affordable and accessible care to the people.

Since the inception of the Badaru-administration, it has maintained the record of not defaulting on monthly payment to all public servants and pensioners, a remarkable feat considering the unprecedented blow the COVID-19 pandemic dealt to state finances since 2020.

Unlike in other states where the combination of the pandemic and the restrictions imposed to limit its spread hamstrung the government and rendered them cash-strap, the Jigawa State government maintained high-functioning and continued its infrastructure investments due, primarily, to the outstanding financial management of Governor Badaru Abubakar.

“We are very proud to associate with the Badaru-administration. These achievements are extraordinary and they make a convincing case to Nigerians that we have brilliant administrators who, together with Asiwaju Bola Ahmed Tinubu, will deliver peace and prosperity to Nigerians. We could not have appointed a better person to lead our charge in the north. Governor Badaru will deliver, just as he has for his people in the last seven years,” Dayo Israel concluded.