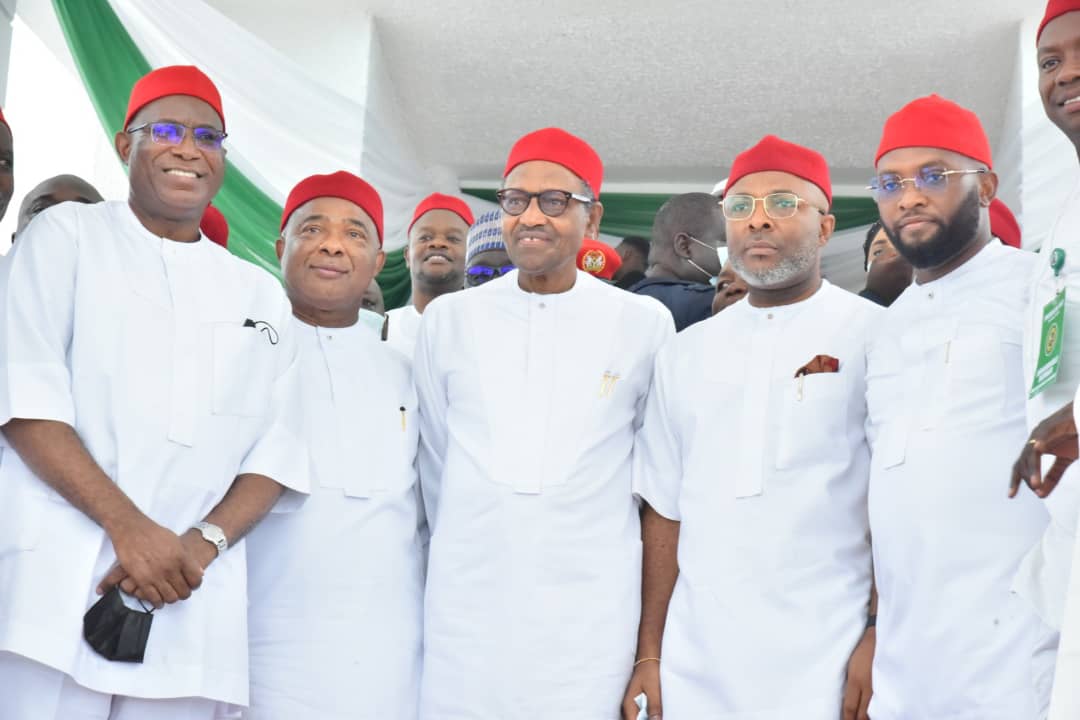 Catholic Bishops in Nigeria have offered to pray for the reign of peace in Imo State so that the government of Governor Hope Uzodimma will have the opportunity to continue with the efforts it is making in the area of infrastructure renewal.

The Bishops made particular reference to the  35 kilometres Owerri-Orlu dual carriage way which President Muhammadu Buhari commissioned on Tuesday alongside the first phase of the Owerri-Okigwe road and the rebuilt Imo House of Assembly Complex.

At a lunch in honour of the College of Catholic Bishops at the Banquet Hall of Government House Owerri on Wednesday,  the Bishops who are currently holding their 2022 Second Plenary at Holy Trinity Catholic Cathedral Orlu said their trip to Owerri through the dualised road was a beautiful site to behold.

They said Governor Uzodimma’s government deserves all the peace it needed to continue to serve the people better, and promised to uphold him in their prayers always.

President of the Catholic Bishops Conference of Nigeria, His Grace, Most Rev. Dr. Lucius Iwejuru Ugorji who is also the Catholic Archbishop of the Owerri Metropolitan Province thanked Governor Uzodimma for giving them the opportunity to lunch with his Cabinet, noting that the Governor’s large-heartedness is known at all levels of the Catholic Church in Nigeria.

Bishop Ugorji also reported that they have had a spectacular host at Orlu, an indirect reference to the role Governor Uzodimma played in making sure the Bishops are well catered for in his area.

In his short remarks, Governor Uzodimma said his joy knew no bounds hosting the Bishops in Government House.

He urged the Bishops to have it at the back of their mind that the government under his watch belongs to them, insisting that it is a special blessing from God that he is the Governor of Imo State.

To the Bishops he said: “Your prayers are working; continue to pray and own up to your own because charity begins at home.”

Governor Uzodimma however used the opportunity to remind the Bishops that his government is open to support the Church because most of the activities the Church used to be involved in to raise funds and carry on with God’s work like bazaar and special launching are today suffering because of the increase in povery level and decline in business activities.

Ranking members of the clergy who were hosted include, His Eminences Peter Cardinal Okpaleke and John Cardinal Onaiyekan; His Grace, Augustine Ukwuoma, His Grace  Archbishop Anthony JV Obinna, His Grace Olawale Martins, His Grace Matthew Hassan Kukah among others.