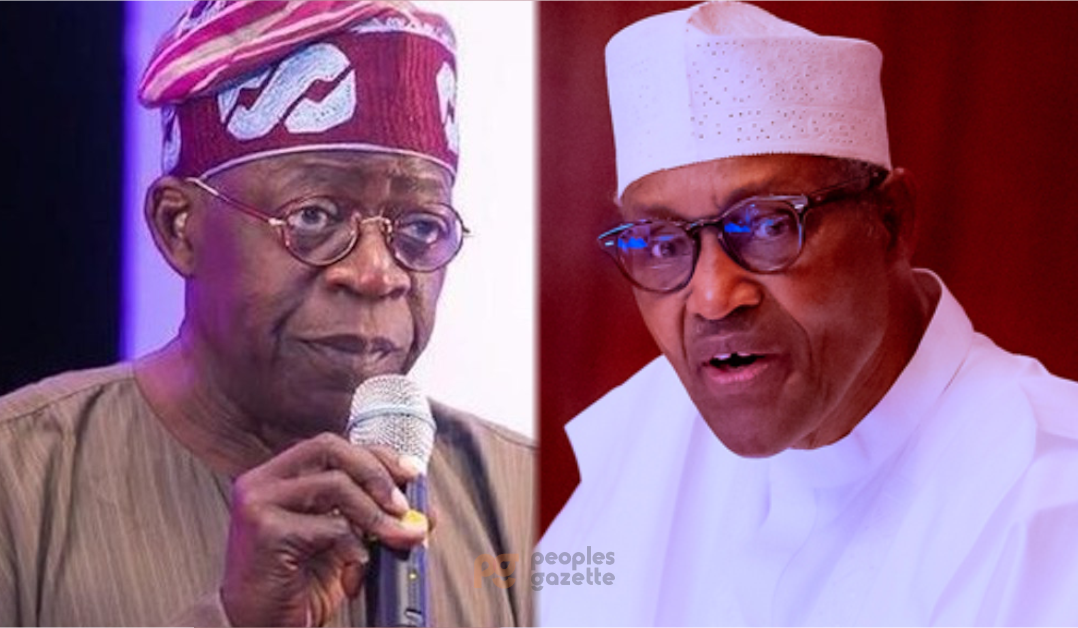 President Muhammadu Buhari has met behind closed doors with APC national leader Bola Tinubu at the Presidential Villa, ahead of APC presidential primary election scheduled for May 30.

One of Buhari’s personal photographers, Sunday Aghaeze, confirmed this in pictorial reports on Tuesday night in Abuja.

The agenda of the meeting between the president and the former Lagos governor could not be ascertained as of the time of filing this report.

Tinubu had on Friday picked the APC presidential nomination and expression of interest forms at its national secretariat in Abuja.

James Faleke, a member of the House of Representatives, representing the Ikeja Federal Constituency, picked the forms for the APC national leader, who had since informed the president of his presidential ambition ahead of the 2023 general elections.

Faleke was accompanied by former Secretary to the Government of the Federation (SGF), Babachir Lawal, and hundreds of members of the Tinubu Support Groups (TSG) to the party’s secretariat.

Tinubu had recently returned from Saudi Arabia, where he performed the lesser hajj alongside some of his political associates and family members.

All is not well with Nigeria- Obasanjo