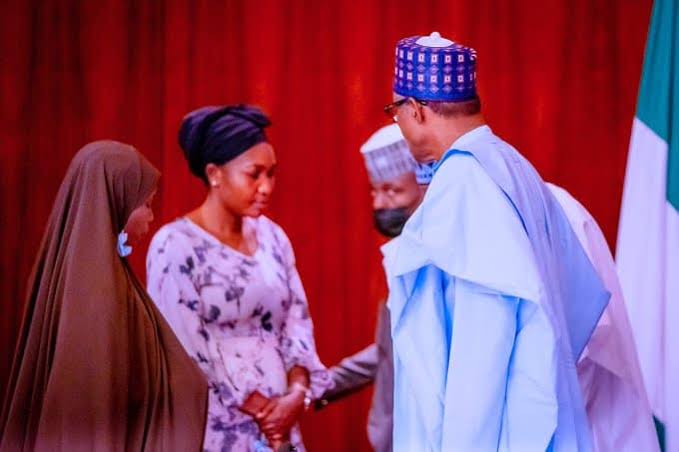 The President, Major General Muhammadu Buhari (retd.), is in a meeting with the representatives of the victims of the Abuja-Kaduna train attack.

In a terse tweet, the Presidency said, “President #MBuhari is meeting with representatives of victims of the Abuja-Kaduna Train abduction.”

The terrorists have been releasing the victims in batches.  On Wednesday that terrorists released seven more hostages, including a family of six and a woman.

The identities of the family of six are the father, Abdubakar Garba; his wife, Maryam; and their 10-year-old son, Ibrahim; Fatima (7); Imran (5); and Zainab, who is one-and-a-half-year-old.

Garba, who is a staff member of the National Assembly Service Commission, is the son of a former Military Administrator in Kano and Benue States.

Also released is a 60-year-old woman, Aisha Hassan, who was said to have been released due to life-threatening health challenges that deteriorated recently.

The Federal Government had earlier assured that securing the release of passengers still held captive by terrorists remains a priority.

“The government has not been sleeping from the enquiries I have made. There are some things you do not say in public, but I want you to give me time,” the minister stated in a statement issued in Abuja by the transportation ministry.

He added, “Let me resume properly in this office and I promise you, this will be the first issue I am going to tackle by the grace of God.”

Sambo requested the contacts, names, addresses, and telephone numbers that he could reach, promising that he would be in constant engagement until every single person in captivity regained freedom and reunited with their families.