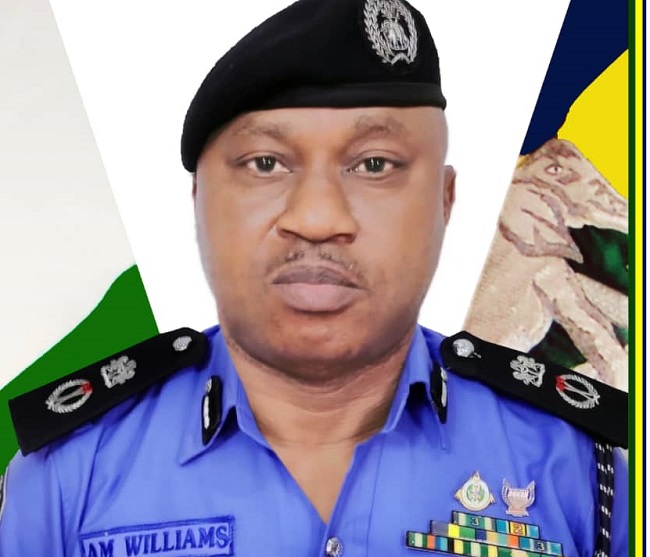 A businesswoman, Anjola Owolabi, has accused an Assistant Commissioner of Police, Kadimiel Rmadayi, of extortion and harassment in Idi-Ope area of Oyo State.

It was gathered that when Rmadayi was posted as the Area Commander in Oyo town, Owolabi, who had been running her business in the town, paid him a courtesy visit.

The businesswoman said she offered Rmadayi some drinks and a N50,000 cash gift during the familiarisation visit.

Owolabi alleged that after a while, the area commander demanded more drinks and some money to repair his television set and a vehicle.

The businesswoman said she fell ill and was admitted for a month, adding that trouble started between her and Rmadayi when she could not pick or return his call due to her condition.

Owolabi said, “I operate a Lounge and Wines Store at Idi-Ope in Oyo State. I do extend my gesture to the police. So I visited the area commander, ACP Kadimiel Rmadayi, who was recently posted to Oyo town.

“I went with the drinks and the sum of N50,000 which he cheerfully acknowledged and we exchanged contact. Two weeks later, I received a call from the ACP that he needed some drinks and I brought it with the sum of N30,000.

“A week later, I received another call from the same ACP and said he needed to repair the television in his office and that I should repair it for him. I gave him the sum of N50,000.

“Few weeks later, the ACP called to complain that his drinks had finished and I still brought drinks for him. A week after, he called and complained that the Hilux van he was using was faulty and that he needed my assistance to fix. I magnanimously gave him N50,000  to repair the said vehicle.”

Owolabi, who said she was not doing anything illegal, explained that she was giving the area commander the money and drinks to prevent policemen from raiding her lounge and store.

The businesswoman said after she fell sick and could not return the area commander’s calls, he became annoyed and deleted her number, adding that efforts to pacify him, including visiting him at his office and informing his superiors proved abortive.

“I called the ACP several times but he said he doesn’t know me. I went to his office but he sent me out and ordered his men not to allow me to come and see him again. He promised to deal with me.

“To fulfil his threat, on June 13, 2022, the police led by him stormed my lounge, apprehended my children and I, and workers and customers. They accused me of using my phone to record them and damaged it.

“The phone is still with them.  They also destroyed my car while searching for anything to incriminate me but they didn’t succeed. They transferred us  to the SCID, Iyaganku – Ibadan where we were detained until the DC – SCID released me and my two children after discovering that our arrest and detention was illegal.

Contacted, Rmadayi said, “We have charged them to court. It will amount to prejudice to say a word on it. So, I don’t have anything to say to you.”