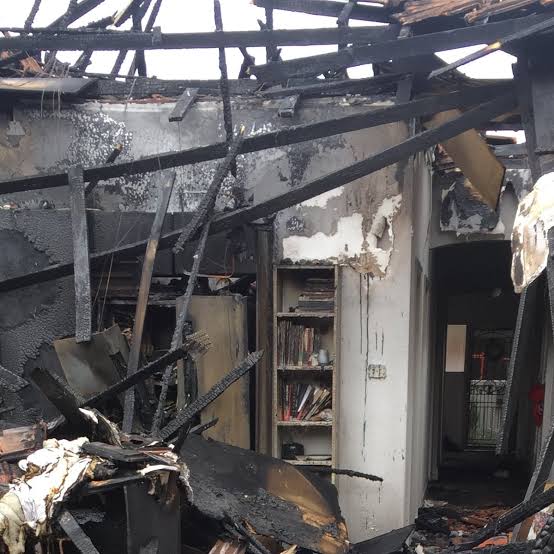 The crisis rocking the All Progressives Congress in Benue State assumed another dimension on Wednesday as some arsonists set ablaze the residence of a chieftain of the party, Alhaji Abubakar Usman, aka Young Alhaji, in Otukpo, Benue State.

The house, located at GRA, Otukpo, was said to have been set on fire around 3am.

The fire reportedly razed the front section of the building which housed the security post and auxiliary buildings.

Usman, a one-time senatorial candidate of the Benue South Senatorial District, had few days ago displayed a mock coffin with a condolence register of the APC at the front of his house.

This some party members in the area interpreted to mean death of the party.

The display of the coffin and condolence register was to express his displeasure at the leadership of the party in the state over the choice of a deputy governorship candidate he (Usman) and others were opposed to.

When contacted on the phone, Usman, who confirmed the fire incident, said he personally placed the mock coffin to let the leadership of the APC know that something was wrong with the party in the area.

Efforts to get the reaction of the state Police Public Relations Officer, Catherine Anene, were not successful as her phone rang out.