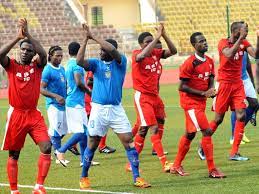 Bayern Youth Cup held at Awka, Anambra state capital has produced ten luck winners who will  form part of team Nigeria that would participate at Germany trials in October 2022.

Freedom Post learnt that a total of 100 players between the ages of 15 and 16 took part in the two-day invitational tournament sponsored by Aspire Foundation, VOE Foundation, Bayern Munich FC and Anambra Sports Development Commission.

The Chief Executive Officer, Voe foundation and representative partner of Bayern Munich in Nigeria, Mr Obinna Edeh, described the tournament as superb, noting that the young selected players would be nurtured at the Bayern Munich Academy with a view break records in their career.

Also speaking, the Chairman, Board of Trustees of Aspire Foundation, Dr. Emeka Okeke, praised performance of the youth in the tournament, assuring that his organisation would continue to provide the platform for youths emancipation through sports and other meaningful ventures.

The Bayern Youth Cup won by FC Hearts of Kano, who were the defending champions, was supervised by coach Hans Pflugler, a retired German player and member of the 1990 world cup winning team with support from Christopher Loch, coach of Bayern Academy.

2023: RCCG pastor calls for sack of colleagues for campaigning for Osinbajo