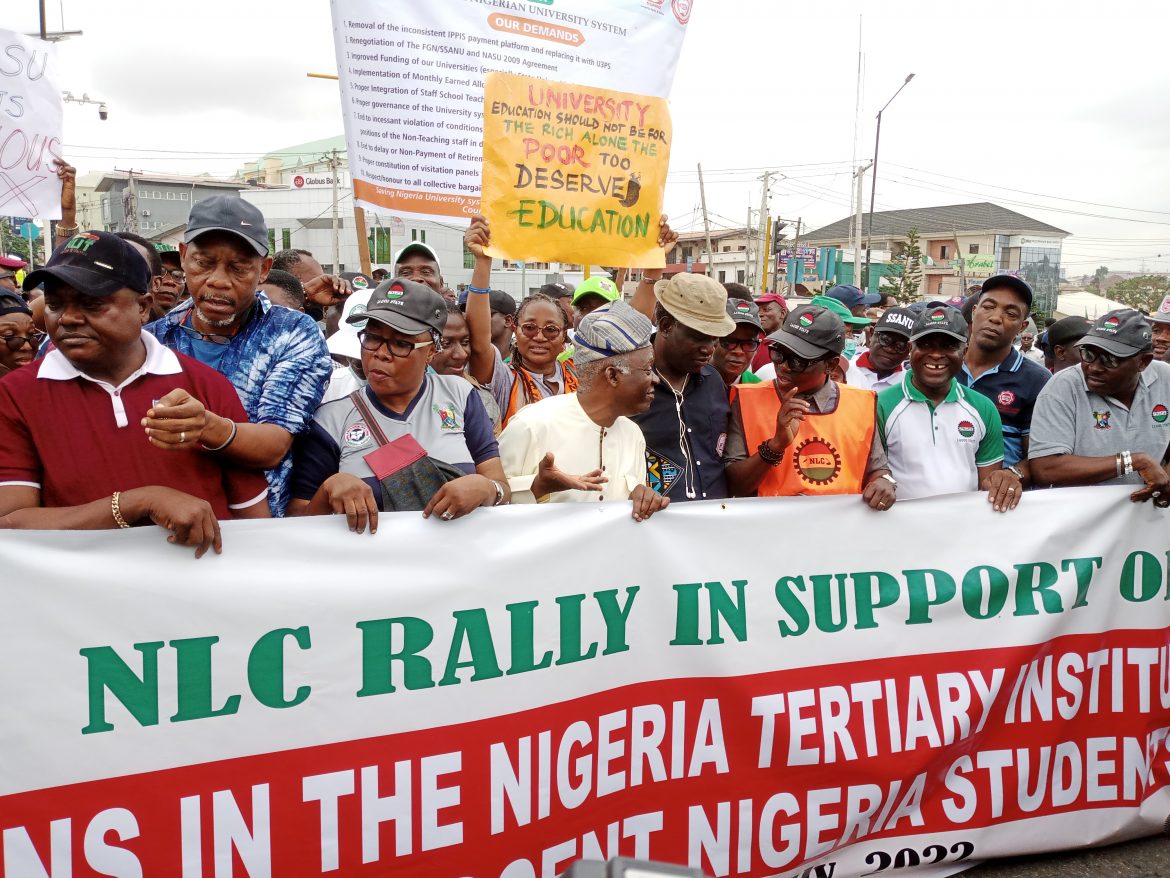 Some final-year law students in the Nigerian public universities have cried out over the possibility of not been mobilised for the Nigerian Law School in 2022 due to the ongoing strike action of the Academic Staff Union of Universities.

Lamenting to The PUNCH on Tuesday in separate chats, some of them said their final year results had not even been processed by their institution.

A student of Obafemi Awolowo University, who spoke on condition of anonymity, said, “This experience is traumatising. We have been at home since last year. My colleagues from other universities are already in Law School and would be my senior at the bar. If we miss this opportunity again, our colleagues would be our two-year seniors at the bar. We hope this issue is resolved.

“Because of previous strikes, OAU has always had a backlog of students who don’t follow their set to Law School. OAU students at Law School at the moment are our immediate seniors. They are there with students from other schools that are our set.

“So, we are supposed to go to Law School this year. If we don’t go this year, it will be next year.”

Another student who gave her name simply as Tolani, said, “Our mates in other schools are currently in Law School. Our one-year juniors in other schools are going for the next one, they’re doing registration for law school right now and they’ll be going next – October 2022. They’re telling us to wait till 2023.”

She also lamented that their results had not been processed, saying, “Our first semester results since April 2021 haven’t been released fully. Our second-semester examination was completed in November 2021, till today, we didn’t see any of the results.”

Speaking to our correspondent on Tuesday, via a telephone conversation, the Dean of the Faculty of Law, OAU, Professor Adedeji Adewole, noted that the issue could not be disconnected from the ongoing ASUU strike.

“I don’t see the reason why anybody should be worried. We all know ASUU is on a national strike. Before ASUU’s strike, there was a local strike (within OAU), which started in early January. If they don’t work, who will process the results? If the strike is over and normalcy is restored, then the system will keep on moving smoothly.”

Adedeji lamented that the lecturers had not been paid salaries and were probably looking for how to survive amid the crisis.

“People have not been paid salaries since February. Everybody is looking for how to survive,” he said.

However, he noted that “We’ve started working on law school mobilisation. The people whose results are ready will be processed as we normally do.

“Those that their results have been approved by the Senate are automatically eligible.”

Reacting, the President of the Law Students Association of Nigeria, South-West Zone, and a law student of Osun State University, Richard Abayomi, noted that the students may not make it to the law school until 2023, adding that new intakes were to go to the law school in September, according to the law school calendar.

“The sad part is that they have automatically become juniors to their contemporaries from other institutions who would be eligible to enroll.

“Because the legal profession is built on seniority, which is determined by the year of graduation from the Nigerian Law School,” Abayomi said.

The students further appealed to their school authorities to see to the processing of their results in order not to miss out from being mobilised for the NLS this year.

It was gathered that the part II batch of the NLS was to complete registration for the NLS programme on or before August 19, 2022.

The PUNCH reports that ASUU had been on strike since February 2022, with the hope of resumption still dashed for many students, as the union on Monday announced the extension of its ongoing strike by four weeks.

The union’s President, Prof. Emmanuel Osodeke, disclosed this in a statement made available to The PUNCH.