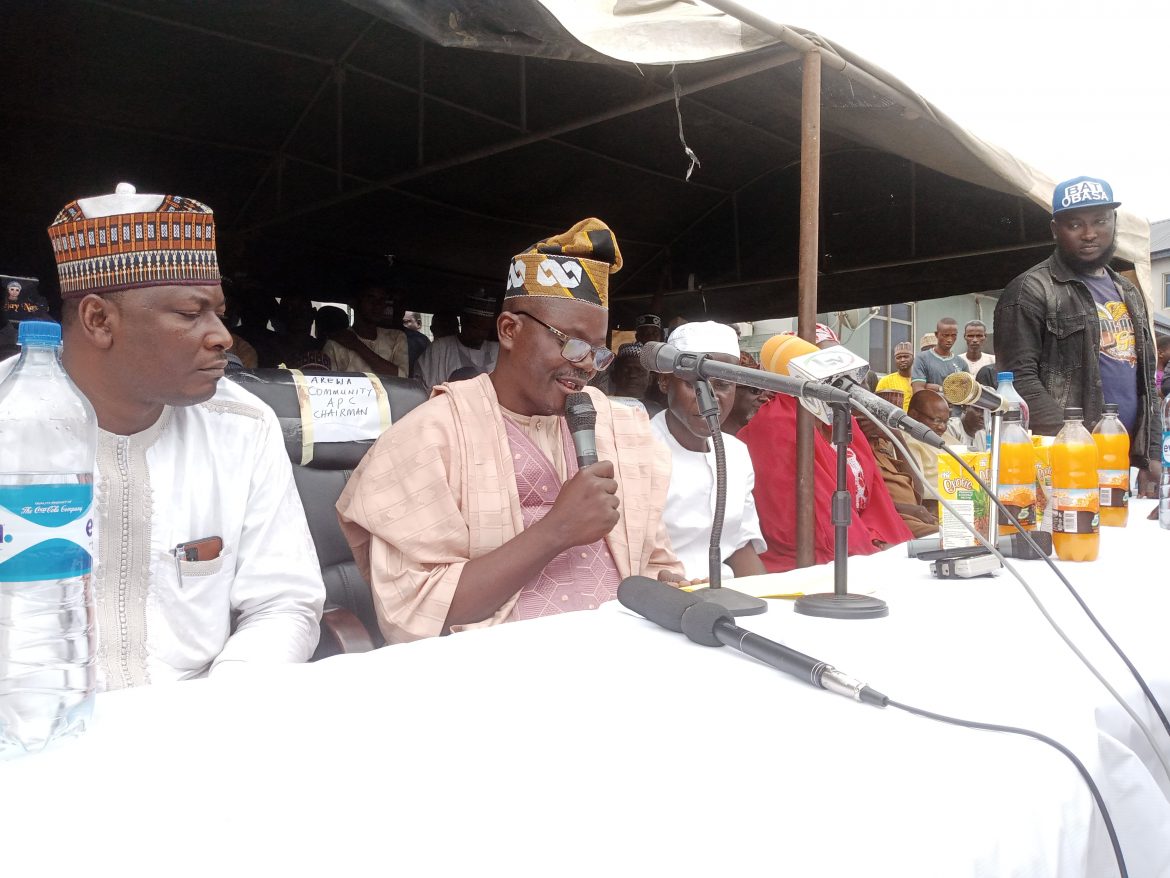 Share 0FacebookTwitterWhatsappEmail
Kindly share this story:
The Chairman of Arewa Community, APC Lagos State, Engr Alh. Saadu Yusuf Dandare Gulma has promised that the Arewa community in Lagos alone will give the presidential candidate of the All Progressive Congress, Bola Ahmed Tinubu 1.5 million votes in the 2023 general elections.
Eng. Saadu made the promised on Saturday while addressing journalists during his official unveiling as the authentic chairman of Arewa community in Lagos.
The Arewa community chairman reiterated the readiness of the Hausa community in Lagos to set a new record regarding electoral victory for the ruling party in Lagos.
“We are all ready for the 2023 general elections,  sensitisation of the Arewa community in Lagos is currently going on, we are going to surprise everybody with our votes.
“The highest votes ever polled by our party was 1.5 millions during gov. Raji Fashola’s second term re-election,  this time around, the Arewa community alone in Lagos will produce that 1.5 million votes.
“All the groups you see here are just 10 representatives from each of the socio-cultural groups that makes up the Arewa community in Lagos, there is no space to contain all our people here, that was why we limited the number to 10 persons per group.
“Mind you, they all have their PVC as you are looking at them, some who did not register in Lagos have already transferred their Permanent Voter Card to Lagos. Just watch out, we are going to spring a surprise “, he said.
Also speaking at the event, the Secretary of the People With Disability in Lagos said even though they have been used and dumped by politicians in the past, that will still not stop them from voting for Tinubu in the forthcoming elections.
“Politicians have used and dumped us in the past, they promised us during campaign period but the moment they assume office, they don’t want to see us again, but this will not stop us from voting Asiwaju Bola Ahmed Tinubu, gov Babajide Sanwo-Olu and all other candidates on the platform of APC in the next election”, he said.
The gathering which was centered on the official unveiling of Alhaji Saadu as the authentic leader of Arewa Community in Lagos was also used as a forum for the sensitisation of the Arewa Community in Lagos towards 2023 general elections.
The Coalition of Arewa  community that graced the occasion were,
Hausa Community Association,Takawa;
Arewa Market Association;
Sokoto Kebbi and Safara Arewa Association; Miyetti Allah Cattle Breeders Association; Cattle Dealers Association;  Lagos State Okada riders Association among others.
Kindly share this story:
Share 0 FacebookTwitterWhatsappEmail
previous post