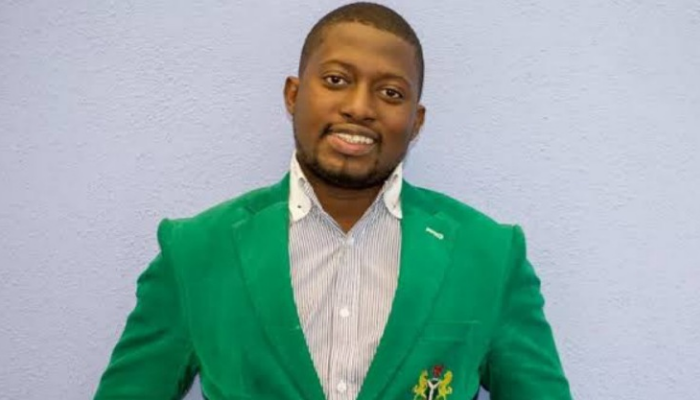 The National Youth Leader of the All Progressives Congress (APC), Hon. Dayo Israel has donated millions to the Lagos chapter of the youth wing in mobilisation support at an end-of-the-year town hall meeting and celebratory party with the leaders and members of the lagos chapter of the wing.

Israel, who also hails from Lagos and served on the state’s education board before his elevation to the office of the National Youth Leader, hosted LG and Ward Youth Leaders to a party with thousands of other party members in attendance on Wednesday, Dec 28, before an end-of-the-year town hall meeting on December 31st where he highlighted some of his key achievements since his emergence as the party’s National Youth Leader.

At the town hall meeting which held at the Freedom Park on Saturday, Dec 31st, he recounted how he has utilized his office to offer platforms and opportunities to other young politicians, including Lagos stakeholders some of whom were appointed to serve on state and national campaign committees as well as lead other important party assignments.

While presenting his donation totaling millions to the Ward, Local Government, Senatorial, and State youth leaders in Lagos, Israel said the financial support was to raise enthusiasm and foreground the willingness of the party’s national leadership to offer required support to facilitate a youth-led triumph at the polls.

He announced that similar donation have been made to other State/Senatorial/LG/Ward Youth Leaders in other states like bayelsa etc.

“As the home of the City Boy, our leader and presidential candidate Asiwaju Bola Ahmed Tinubu, we must ready ourselves to make a bold and clear statement at the polls in 2023 with the numbers that will come out of Lagos in favor of our party,” Israel said at the event.

“Some people with Pyrrhic popularity that begins and ends in their online echo chambers are making the false claim that they own the youths. But you and I know that this is false. More so in Lagos where Asiwaju’s good works and enduring legacy have for long made him the favorite choice of young Nigerians interested in the progress of the country.”

“So we must make that point clear at the polls. We will not cede an inch to anybody. We will knock on every door, visit every community, and expand our political support base. This is the task we must fulfill so our principal can enjoy a clear victory, driven by young people who, truth be told, have been the primary beneficiaries of his visionary leadership and long investments in education and social development.”

Israel assured members of the Lagos Wing that the national leadership of the party’s youth wing which he heads is making concerted efforts to raise funds and send support to all its various chapters and affiliate groups across the nation.

He noted the commencement of the Wing’s first-ever Christmas support fund which has seen him disburse funds to the zonal and state leadership of the party, while drawing commitments for the APC National Youth Wing Campaign Council which was recently announced.

Nigerians will enjoy a better 2023 with Tinubu as President, says Obasa