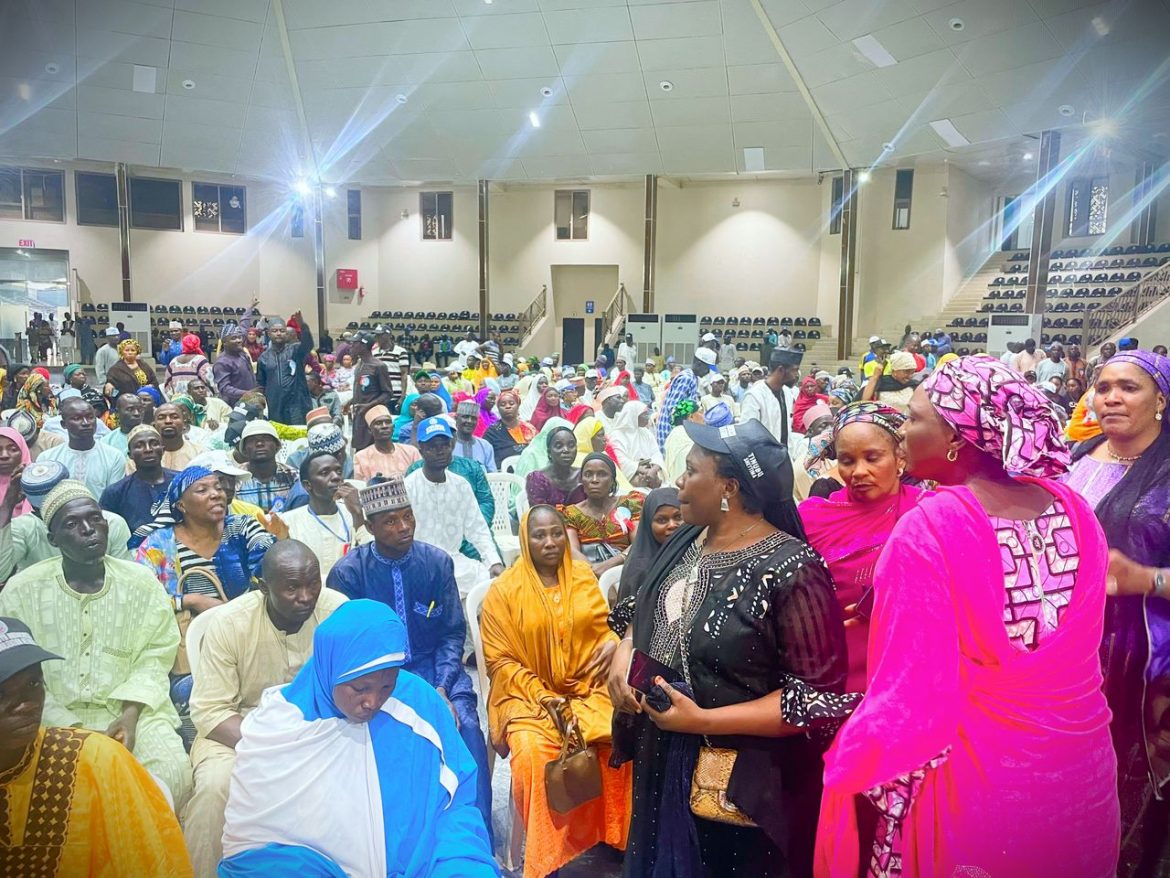 Dayo Israel attended the event in the company of youth stakeholders of the party in Kaduna State, including the APC State Youth Leader Engr Ishaq Abdu who is also the National Coordinator of the APC Youth Awareness and Mobilization Network, son of Kaduna State Governor, Bashir Ahmad El-Rufai and other officials of the Kaduna State Government.

Whilst speaking at the event, the National Youth Leader emphasized what he described as the ‘vital importance’ of youths and women to the victory of the APC at the polls in 2023, stating that the party’s status as the ruling party at the center and in the state was informed by the enduring support of youths and women who, in addition to defining politics to a great degree, contribute significantly to economic development.

He made a financial donation to women from all the 23 LGAs while also urging them to maintain their support of the party which he claims has “continued to meet its promises of giving the full dividends of democracy to young people and women in the journey to building a stable and prosperous country.”

He said “Youths and women are the twin pillars undergirding our economy and social stability. Women in particular play vital roles in politics and the economy. Our party recognizes this and this is why the APC government across all levels and including in Kaduna State where Governor El-Rufai is doing an excellent job, we continue to invest in women and offer support to them across all sectors.”

“It in this spirit that I will be making a donation here to all the women who have been selected from the entire 23 LGAs of Kaduna State to support your business and other endeavors even as you continue to contribute to socioeconomic growth and development.”

“My appeal to you is to collect your PVCs, rally your neighbors, and march to the polls in 2023 to elect Asiwaju Bola Ahmed Tinubu, Mallam Uba Sani and other candidates of the APC so our party can remain in power and continue to deliver the dividends of democracy to you.”

The funds was handed over to the State Youth Leader to disseminate to the selected women from
The 23 local governments.

Dayo Isreal is in Kaduna State to continue his nationwide youth energizing and mobilization tour which began weeks ago with a tour of the north east region of the country.