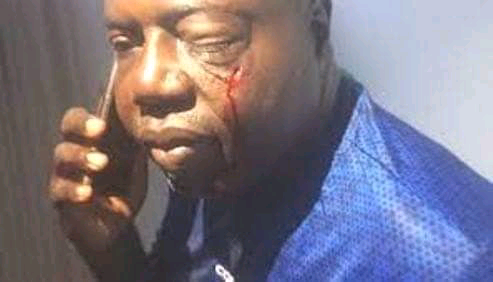 The Oyo State Sports Council Chairman, Gbenga Adewusi, was attacked during the weekend by angry fans after a match at the Lekan Salami Stadium, Ibadan between the Shooting Stars Sports Club (3SC) and MFM Football Club ended in a draw.

The result left 3SC 10th on the Nigerian Professional Football League table, while MFM wallows on the 20th spot.

The visiting team, MFM scored a late
equaliser on the 92nd after 3SC took the lead in the first 42nd minutes.

The victim, Adewusi informed newsmen that he was attacked because fans of the Ibadan club believed that he sold the game.