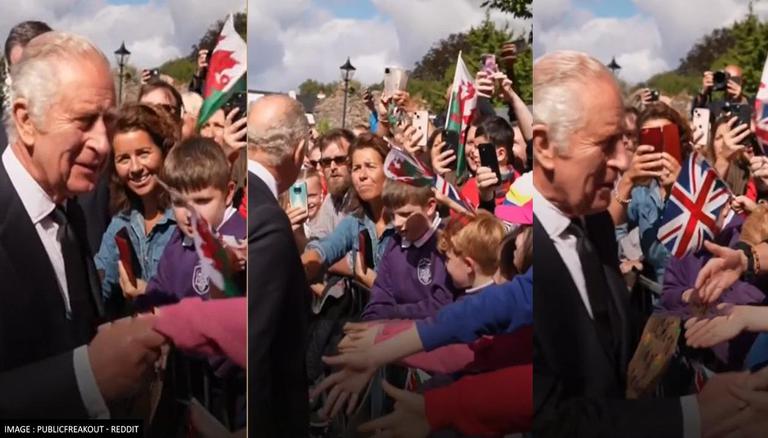 The new British King Charles III was heckled by the crowd during a visit to Cardiff as the monarch went to greet the crowd. The crowd heckled King Charles over a crisis related to the cost of living.

In a video seen by SaharaReporters, a protester called out to the new monarch, “Charles! While we struggle to heat our homes, we have to pay for your parade. The taxpayer pays £100 million for you and what for?”

The soaring energy price as a result of the sanctioned regime of the West against Russian fossil fuels in Europe has skyrocketed the cost of living, triggering inflation that has been witnessed since the end of the second world war and the cold war in the 1990s.

The United Kingdom is among the Western countries that have been confronted with a crisis related to the cost of living.

A publication by the Economic Times stated that a man confronted the new monarch directly and kept shouting but King Charles quietly walked away.

According to the report, the incident happened on Friday.

The man yelled while saying that while people are grappling to keep their homes warm, they’ve to pay the tax for the King’s parade.

As King Charles walked away, the man kept shouting about taxpayers. And also added that the taxpayers of the United Kingdom paid about one hundred million pounds, but for what?

King Charles did not comment on the man’s accusation and confrontation, but instead silently turned away.

The moment of the incident was captured in a video streamed live by Sky News network which was posted on Twitter.