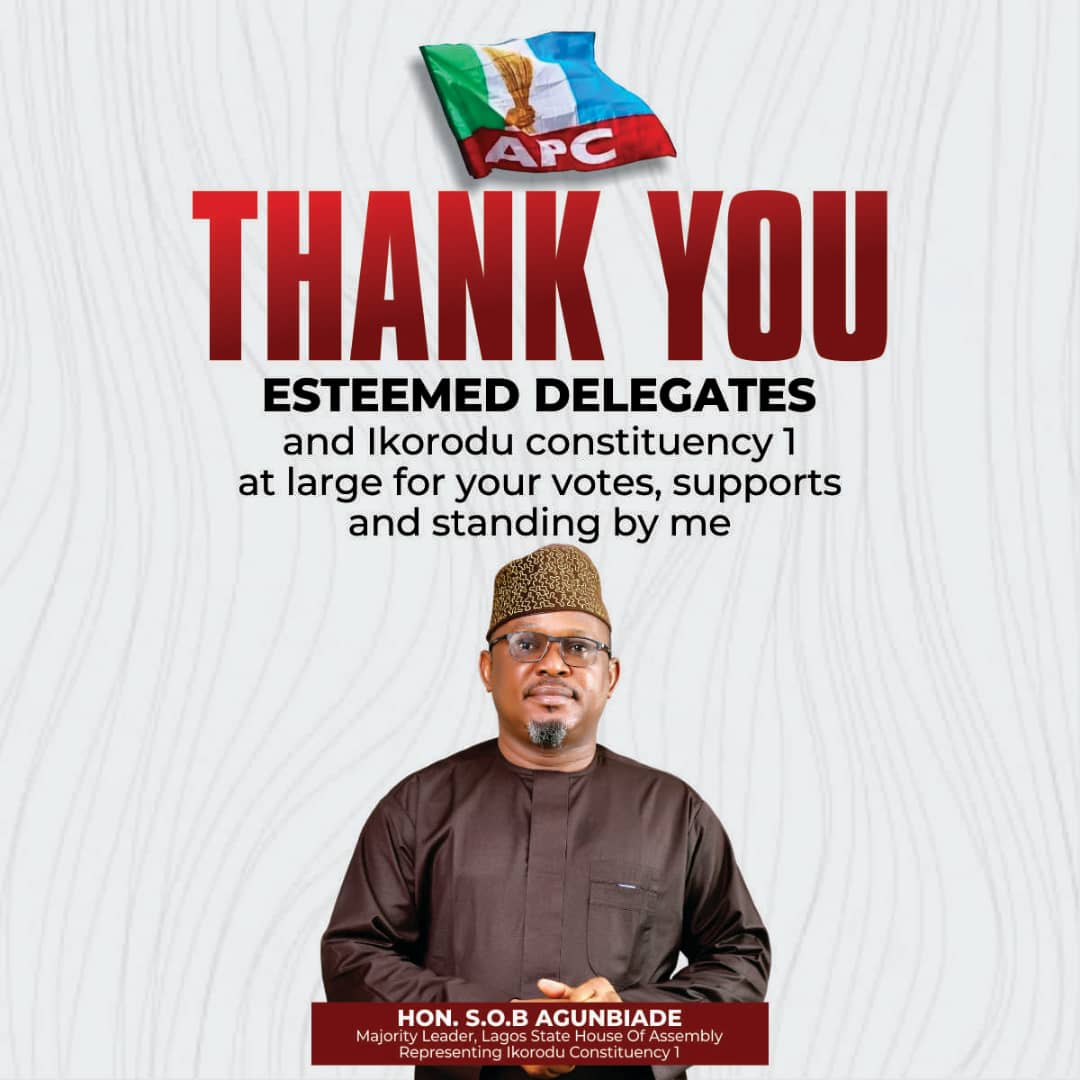 The majority leader of the Lagos State House of Assembly, Hon. Sanai Agunbiade (SOB) made history again on Friday when he clinched the All Progressive Congress ticket to represent Ikorodu constituency I for the fifth term.

The total number of delegates is 55 with no void votes at all.

SOB, fondly called by his people, was so thankful to the delegates and the Ikorodu constituents who made it happen for him again despite all odds.

Therefore, he is well prepared to face the candidate of the opposition parties in the general election as he stands a chance of coasting home in victory.

All is now set for Agunbiade who combines brain with legislative experience to get better placement in the 10th assembly.