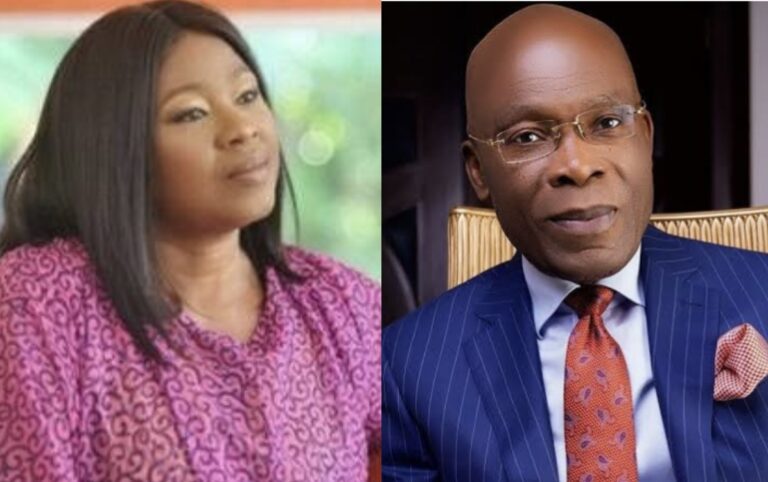 “That you LEO STAN EKEH “M”, PRINCESS O KAMA “” and CHIOMA EKEH “F” on or about the 18 day of December, 2012 within the jurisdiction of this Honourable Court aided and facilitated the doing of an illegal act, to wit; fraudulent diversion of the contract for supply of laptops awarded to Citadel Oracle Concepts Ltd and in so doing committed an offence contrary to Section 83 and punishable under Section 85 of the Penal Code Cap 532 LFW Abuja (1990) thereof,” stated a part of the petition filed by the attorney general at the FCT High Court.

The attorney general’s lawyer, Femi Falana, filed a 17-count complaint against Mr Ekeh for conspiring with his wife, Chioma, and nine other people to steal a contract for the supply of laptops given to Citadel Oracle Concepts Limited by the Federal Inland Revenue Service (FIRS) in 2012.

The petition claimed Mr Ekeh opened a new Access Bank account, 0059202675, and made up a fake board of directors resolution with the name of Citadel Oracle Concepts Ltd to hijack the deal.

Benjamen Joseph, managing director of Citadel Oracle Limited, had in 2013 accused Mr Ekeh and his staff of forging his signature to claim the contract’s money, with his company’s name used without his knowledge and consent.

Mr Joseph accused the police, under the watch of inspector general of police Solomon Arase, of sweeping the matter under the carpet and stressed that Mr Ekeh was a powerful man whose influence extended to the top police hierarchy. The Citadel Oracle boss accused the IGP of frustrating all attempts to pursue justice over the stolen contract.

Mr Joseph petitioned the IGP in May 2015, requesting that the case be transferred to the Department of Public Prosecutions (DPP) for the suspects to be interrogated due to the police’s failure to follow through on findings.

The police denied the transfer request as Mr Arase insisted the initial lawsuit be allowed to run its full course before prosecution to prevent miscarriage of justice.

In a strange turn of events, the police charged Mr Joseph with one count of false petitioning of the IGP on June 16, 2016, days before Mr Arase’s retirement. Some suspects of the alleged contract scam, Ms Ekeh and Mr Ozims, were listed by the police as prosecution witnesses.

The Citadel Oracle boss was on trial for more than six years until the incumbent attorney general ordered the DPP to take over the case. Still, the police refused to hand off the case as Simon Lough, a lawyer for the police, appeared at the FCT High Court last Tuesday announcing the continuation of Mr Joseph’s trial.

Justice Peter Kekemeke asked Mr Lough to show a letter conveying Mr Malami’s intention to revert the case to the police since he had already ordered the DPP to take over, prompting an adjournment until November 3.

Meanwhile, the Zinox chairman has denied stealing any contract from Citadel Oracle Limited, claiming that investigations conducted by the police and EFCC vindicated his staff and company from wrongdoing.

“In fact, in all the investigations by the Nigeria Police and the EFCC, Mr Leo Stan Ekeh, Technology Distributions Limited (TD) and its staff, Mrs Chioma Ekeh, Mr Chris Eze Ozims, Mrs Folashade Oyebode, and Mr Charles Adigwe have been formally and severally vindicated and absolved of any wrongdoing as the entire allegations were found to be false,” Mr Ekeh said in a rebuttal statement.