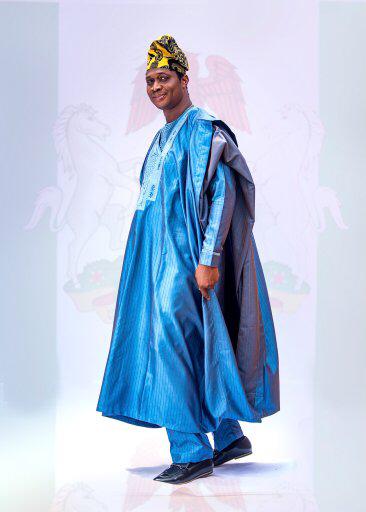 The name Bamidele Ishola, the Action Democratic Party (ADP) gubernatorial candidate in Lagos State may not ring bell as such, but he has an agenda endear him to many for Lagosians if given a chance in 2023 general elections in Lagos, some of the programmes he explains in this interview, except… 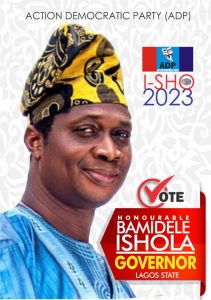 In this exclusive interview with Freedom Post correspondent he reveals what motivated him to contest the gubernatorial election and why he is the candidate to beat.

Why are you contesting for the gubernatorial position in Lagos State?

Like I said we all know the current situation of things; businesses are collapsing, family are collapsing in spite of the resources of Lagos State. It is true that present crops of politicians have failed us.

Look at the social welfare system, it is below zero, and any government that cannot take care of your welfare should be changed. The essence of government in power is to ensure safety of lives and property and our wellbeing.

How does the government ensure the safety of your wellbeing? It’s by providing employment.

Government should create employment, give an enabling opportunity for the private sector for jobs to be created, otherwise the government should pay unemployed individuals allowance.

If the government refuses to pay them an unemployment allowance, you are inflicting poverty on the people.

That is what we are going to focus on and try to correct.

The first thing is massive employment of jobless people, and those who are not employed would collect unemployment benefits.

How long have you been in politics?

I have been in politics for more than three decades now; right from Abacha’s zero party days, where I contested for Alimosho chairmanship position. I have been around for a long time. My coming into politics is based on my conviction to serve the people right.

What do you do for a living?

I am into private business. I was in the civic service in Lagos State; I resigned my employment a long time ago.

What structure do you have in Lagos to unseat the incumbent governor?

That is an interesting question. People have been asking Peter Obi the same question, they have seen the structure now. The structure they are talking about is the rigging structure, the people are the structure.

They say the Labour Party has no structure they can see; it is the people, by the time you get to the people and they can see your manifesto and are convinced you are out to serve them, they would vote for you.

Mind you this time around the rigging structures have been demystified. Even the incumbent cannot lay claim to his popularity and wining anymore.

The two major parties have everything going for them, how are you mobilising at the grassroots?

It is not about funding or resources only; it is about reaching out to the people. The people getting to know us, ADP have been coming third nationally even in Lagos State. ADP is well-grounded in Lagos State, we only need to do more, as long as the people see us and believe in us.

What about finance, can you compete with the ruling party?

There is no problem with that; we are going to reach out to our friends, families and well-wishers. We would do fundraising to achieve our objectives.

Are you confident INEC can conduct a free and fair poll?

We are highly confident because of the new development in the Electoral Act. If you look at the Ekiti and Osun gubernatorial poll, it gives me confidence because the rigging was checked. We are sure INEC would do the same thing.

Critics of the smaller parties say; it is likely that some of their gubernatorial candidates will step down a few weeks to the election for the major candidates. How do you react to that?

ADP is not a small party, maybe, it has to do with the candidate and his personality. That cannot happen in the ADP; we are here to contest the election with other parties, win or lose.

What we will miss about late Speaker Afuye – Obasa