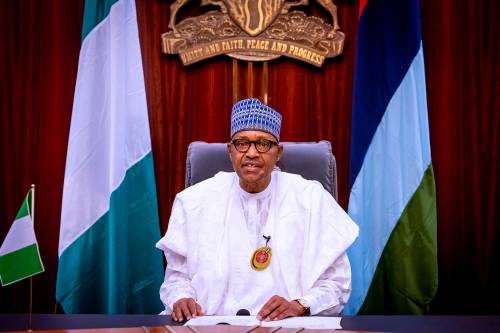 A coalition of FCT Indigenous Association has petitioned the Public Complaints Commission (PCC) and threatened to block major roads in the Federal Capital Territory (FCT) over the non-appointment of FCT indigenes into the Federal Executive Council. The coalition in the petition dated May 11, 2022, appealed to President Muhammadu Buhari for intervention on the matter and to find a lasting solution to the problem.

The group said the continued disobedience to the judgement of court appeal obtained by the association on the matter since January 15, 2018, was an affront to the rule of law and constitution.

The association said it would have no option but to take to the streets and occupy all major roads in the nation’s capital if their demands were not met. According to the petition signed by the Secretary-General of the association, Christopher Dada, and titled ‘Urgent Need To Address Continuous Infraction of Our Rights and Constitutional Privileges By The Federal Government’.

The petition reads, “As a law-abiding association and mouthpiece for the indigenous people of the FCT, we would like to formally notify and intimate you on the resolution from our extraordinary executive meeting where we arrived at a mass physical protest to press on our demand for the appointment of an FCT indigene into the Federal Executive Council by Mr. President.

“You will agree with us that as a frequent petitioner in this office simply because we believe in rule of law and a nonviolent approach to civil matters. “Please kindly be informed that if our concerns are not immediately communicated to the appropriate authorities, we might have no choice but to cause civil unrest through blockage of major roads within the FCT.”

Addressing journalists on the matter, Commissioner, Public Complaints Commission, FCT, Dalhatu Musa Ezekiel said they have investigated the complaints raised by the group and realised that they were genuine. He said they have appealed to the groups and also called the attention of relevant authorities to the threat.

“We have called you here based on complaints written to our office by some FCT indigenous civil society organizations namely; Coalition of FCT Indigenous Association, Abuja Grassroots Project and FCT Indigenous Women Association on a planned blockage of major routes in form of physical protest within the FCT in other to call the government attention to their plight as FCT Natives.

“Upon receipt of their letters of complaints, we have investigated their concerns as raised in their complaints and the evidence proves genuine and which is why we are here to appeal to the complainants and also called the attention of the relevant authorities to the existing threat.”

He continued, “Non-appointment of an FCT Indigene into the Federal Executive Council (FEC) despite gaining a Court of Appeal Judgement to that effect since 15th January 2015. i.e there is a judgement given by a competent court of jurisdiction and the appellate court of our country after a rigorous process mandating the President of our country to as a matter of law appoint any FCT indigene as Minister into the Federal Executive Council which has not been implemented.

“As you are aware of our statutory mandate as a Public Complaint Commission, after a detailed investigation, we urge the indigenous groups (petitioners) to allow our office to follow up on the possible resolution for fruitful outcomes.

“Our Recommendation therefore is: based on the evidence of a Court of Appeal judgment attached therewith in their complaints to that effect, we want to make a passionate appeal to Mr. President to use his good office and leverage on the legal background (court of appeal judgement) and the recommendation of the National Assembly to appoint one of the indigenes of the FCT as Minister into the Federal Executive Council owing to the recent vacuum that has been created by the resignation of some ministers so it could douse the tension and threat of the complainants.”